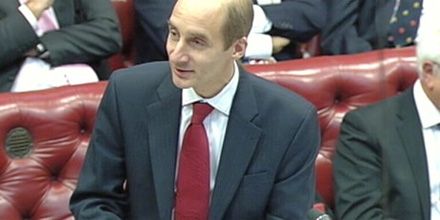 Knife crime is much in the news these days but it is unusual to read reports of victims who have been stabbed with a weapon that they bought for their assailant.

But that is what has happened in the case of New Labour cabinet minister Lord Adonis as he stuck the knife into UNITE members at British Airways about to strike in defence of jobs and conditions labelling their action "totally unjustified".

In this case UNITE has poured some £11 million into New Labour’s coffers over the last three years in what increasingly looks like an act of unparalleled folly as ministers cash the cheques and put the boot into union members.

Adonis has taken the normal hand wringing appeals to “common sense” beloved by New Labour during strikes to a new low as he backs the vicious anti union BA bosses.

This is a management which has recruited scabs and has boasted of its plans to break any strike and has spent millions on legal challenges to the union’s action.

Far from unjustified the BA workers are defending  jobs and conditions and their action deserve and must get the full backing of the trade union and labour movement.

Victory for the workers is the key priority but surely  the closely following question must be why unions should continue to funds New Labour with millions of pounds of members’ money.

All trade unionists are facing sharp battles in defence of jobs and services up to the election and beyond.

It would be simply insane if, in the course of these battles, members’ cash was spent bankrolling arch privatisers and job slashers  in New Labour on the spurious grounds that they are kinder than the Tories.

The millions in union political funds should be spent supporting workers in struggle and publicising the case for opposing cuts and sackings rather than bankrolling Adonis Brown and Mandelson.