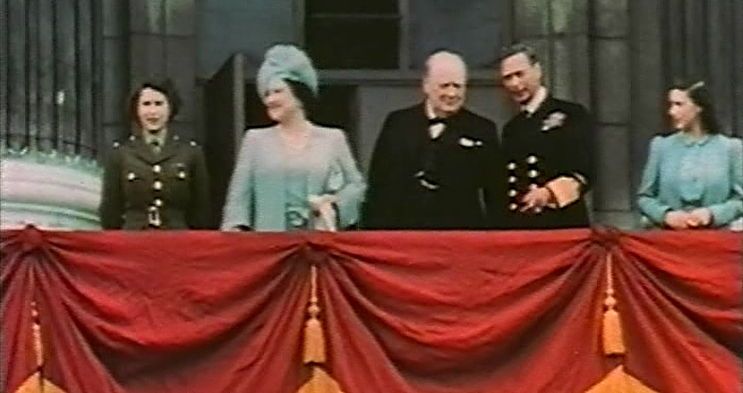 The Scottish Socialist Party pamphlet ‘For a Modern Democratic Republic’ written by SSP national spokesperson Colin Fox, highlights the need for an elected, representative and accountable head of state as part of Scotland’s constitution. The book is available from our website, your local SSP branches priced £3.99, from our online shop for £5 (inc p&p). Here is a taste of the pamphlet’s contents.

“And is there anything more absurd than the hereditary principle? It is as absurd as the hereditary mathematician, or a hereditary poet laureate. The vanity and presumption of government from beyond the grave is the most ridiculous and indolent of tyrannies.” – Thomas Paine, The Rights of Man (1792).

The SSP supports an independent socialist Scotland, a modern, democratic, republic. For socialists the entire concept of monarchy is antiquated, class ridden and anachronistic. The world today is guided by higher values of democracy, accountability and equality. This new SSP pamphlet sets out the case for a modern democratic republic and debunks many of the myths and facile arguments offered in its defence.

For the SSP, feudal institutions based on hereditary privileges and ‘divine rights’ passed down to monarchs from ‘The Almighty’ have no part to play in modern political structures and democratic constitutions let alone at their apex. The British monarchy is clearly not modern, it is patently not democratic and it is certainly not egalitarian.

People have been making the case for a republic throughout the ages often in the face of severe punishments. They posed questions, as we do again today, because they arise inevitably and because the British political establishment continuously fails to provide satisfactory answers. Can the monarchy ever be defended on democratic grounds? What political role does the Queen play in UK society today? Is her role really as benign as her defendants would have us believe? Or does she in fact hold substantial ‘Crown Powers’ in reserve for future occasions?

Supporters of monarchy than they intended and end up dismantling their own case. Take the Tory MP Nadine Dorries for example. She claimed on television recently that “The Queen’s presence on the throne has brought much needed order, stability and continuity to Britain for more than 60 years”. If so, this common justification for the Monarchy exposes her to some very serious charges indeed. For the question inevitably arises where did she get those powers? After all monarchists like Dorries like to claim The Queen’s is merely a ceremonial role? Clearly they cannot have it both ways.

A more surprising advocate of the monarchy is Alex Salmond. The SNP leader insists in the recent White Paper on independence that “The Queen is Head of State of 15 Commonwealth countries and could easily perform the same function in an independent Scotland”. But our First Minister curiously fails to mention that the 53 other Commonwealth countries refuse to have the British monarch as their Head of State. And in Australia, for example, which has had three referenda on the issue in recent years, half the country now wants to end this monarchical rule.

Jamaica, another of the 15 nations Alex Salmond cites, has just voted to drop The Queen and become a modern, democratic, republic. The New Zealand Prime Minister also went on record earlier this year to say he fully expects his country to be a republic by the end of the decade. And had Quebec secured its independence from Canada in its recent referendum it would also have replaced the Queen as Head of State forthwith.

So why does the First Minister not mention these facts? Could it be because he knows himself to be on very shaky ground indeed? Because ultimately, he pits Scotland against the democratic tide worldwide.

Whilst no one would argue Britain’s political institutions are run directly from Buckingham Palace it would be equally foolish to suggest the monarchy plays no role in political life. It is most certainly not an institution content to amuse tourists, entertain foreign dignitaries or fill the pages of Hello magazine. After all The State Opening of Parliament is not yet a privilege afforded to Posh and Becks or the latest winner of I’m a Celebrity Get Me Out of Here!

Those who would argue this is a benign institution might like to consider two recent articles from The Daily Telegraph and The Guardian that again reveal the Monarchy is not content to keep out of politics, far from it.

The Telegraph reported in January that “at least 39 Bills subject to Royal Approval have been vetoed by senior royals using their power to consent or block laws in areas such as higher education, paternity pay, child maintenance and Iraq”.

They reveal The Queen and Prince Charles repeatedly impeded the passage of Bills awaiting Royal Assent in order to press for their preferred changes, thus defying the democratic will of Parliament.

Internal Whitehall papers prepared by the Cabinet Office lawyers,” says The Telegraph, “show that the Queen vetoed the Military Actions Against Iraq Bill in 1999, which aimed to transfer the power to authorise military strikes against Iraq from the Monarch to Parliament”. Meanwhile The Guardian has been locked in a nine-year legal battle with the Government over access to Prince Charles and successive Prime Ministers that allegedly show the heir to the British throne repeatedly tried to impede the will of Parliament.

The Guardian has been repeatedly thwarted by the UK Attorney General’s Office, despite winning several court judgements, on the grounds “that it could cause constitutional problems that would seriously damage the Prince’s ability to perform his duties when he became King as it casts doubt on his political neutrality”. The Government believes publication of the correspondence “may undermine public support for the Monarchy”.

The eminent legal scholar John Kirkhope highlights the gravity of such monarchical interference: “There has always been an implication that the monarchs prerogative powers are quaint and sweet but actually there is real influence and real power, albeit unaccountable.”

It is clear from both these episodes that the powers of the Monarch real and exercised with astonishing regularity. These episodes serve to remind us of the powers held in reserve by the monarchy for rather more profound challenges to the constitution. The late Christopher Hitchens put it best when he wrote (in The Monarchy: A Critique of Britain’s Favourite Fetish, 1990): “Her Majesty’s Ministers exercise the Royal Prerogative via ‘The Crown in Parliament’ avoiding the House of Commons altogether, make Orders in Council [Privy], declare war and make peace, recognise foreign Governments, sign treaties, grant Royal Pardons, grant Royal Charters, confer Honours, confer patronage, establish Royal Commissions – not an exhaustive list but neither is it a record of impotence.”

Do people care? The polling company MORI estimates ten million people in Britain want a republic with almost half the population of Scotland said to prefer that option.

The SSP believes is it time for an honest and thorough debate. No other party has the our record of challenging the monarchy and upholding democracy in this country.

Our MSPs protested at having to swear an oath of allegiance to the Queen.

We drafted the Declaration of Calton Hill – included in the index to this pamphlet – and we gathered with thousands of others to repeat our call for a modern, democratic, republic rather than attend The Queen’s official opening of the new Holyrood building in October 2004.

Ours was the only party to do so. No other party in Scotland can hold a candle to the SSP’s commitment to a modern, democratic republic.

We believe the wise words of Thomas Paine (from National Intelligence, 1802) still ring true regarding our political rights in the 21st century: “To elect, and to reject, is the prerogative of a free people everywhere.”