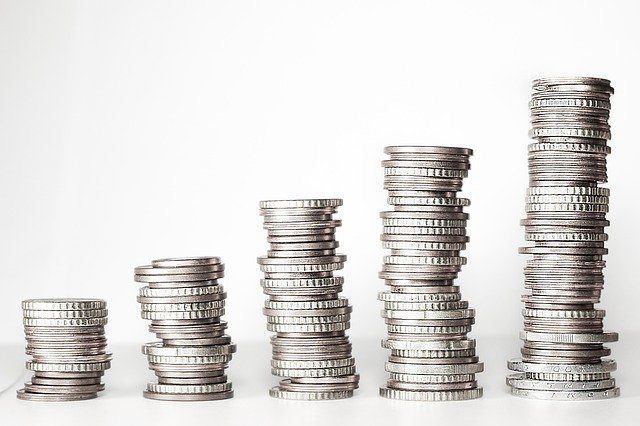 Contrary to all the fuss and brouhaha, Boris Johnson’s new taxation for health and social care is a pitiful failure to match the scale of monumental crisis in both social care and the NHS.

And equally damning, the Tories’ new taxation scheme is one of the most unfair and regressive of all, in a state awash with taxes that hammer the lowest-paid whilst tickling the tummies of the grotesquely rich.

First, the headline facts. From next April, and for the three subsequent years, National Insurance Contributions will increase by 1.25%. In total that will raise an additional £36billion, spread over 3 years.

It’s a UK-wide tax. In response to the backlash about this being Boris’s ‘social care poll tax’, levied on Scottish workers to (allegedly) bail out social care in England, the Tories have conceded that £1.1billion a year will come to Scotland from this ‘health and social care levy’. They furthermore ‘magnanimously’ granted the Scottish government the powers to decide how to use that extra funding, after being accused of undermining devolution.

In once again breaking a Tory election promise not to raise taxes – at the same time as also spitting in the faces of those who believed the Tories when they promised not to end the pension ‘triple lock’, whereby state pensions rise with inflation, average wages or by 2.5% – they try to fool people into thinking they are dealing with the catastrophe in social care, so blatantly exposed during 18 months of pandemic. They are not!

For starters, only £5.4billion of the total £36billion is to go to social care; the rest is to be poured into the gaping hole in NHS funding, which is facing its own escalating crisis. And of that sum, only £2.5billion is being allocated to funding of the social care workforce, training and associated council costs – despite England alone suffering 120,000 unfilled vacancies in that sector! Age UK reports that at least 1.5 million elderly people are not getting the care they need (and deserve).

The £1.1billion a year allocated to Scotland certainly puts to shame the pitiful £148million previously promised by Nicola Sturgeon – and now officially signed up to by the Scottish Green Party – in their entirely bogus claims of establishing “a National Care Service on a par with the NHS”.
But it still goes nowhere near tackling the crises in Scotland’s care sector or Scotland’s NHS.

Shocking new figures by the nursing union, RCN Scotland, reveal that our hospitals are suffering the highest levels of unfilled vacancies in history. Almost 5,000 full time equivalent posts in Scotland’s NHS remain unfilled – 7.1% of all roles in the service. In areas like the Highlands, Shetland and Dumfries & Galloway, over one in every 10 nursing and midwifery posts lies empty, unfilled, adding to the health catastrophe exacerbated by Covid-19.

As a mental health epidemic sweeps the country, one in every 12 mental health nurse positions remains vacant, unfilled, unfunded.

And that says nothing of the terrible state of affairs in Scotland’s social care sector.

But as well as being nothing like adequate to the urgent tasks posed, the entire health and social care levy – the 1.25% increase on NIC contributions – is obscenely regressive, hammering those least able to afford it compared with the rich minority.

Under uproar about increased taxation of workers whilst share dividends were to remain untouched, the Tories have conceded that tax on share dividends will also rise by 1.25%. But let’s not get too grateful! Let’s look at the relative taxation rates, and how they hammer workers rather than wealth.

And of course it gets worse. Wealth inequality is infinitely greater than income inequality.

The millionaires and billionaires sink much of their wealth in mansions, yachts, super-cars, diamonds and the likes, and hire vast armies of accountants to devise devilishly ingenious ways to dodge paying taxes on their ill-gotten wealth – whereas you or I would face the jail for refusing to pay taxes on our wages.

Instead of walloping wages, health and social care should be properly funded by taxation on wealth. Here are a few illustrative examples of what could be done, in a fashion that would at least trim some of the worst excesses off the inequality inevitably produced by capitalism – a system that is constructed to create inequality.

Even a 5% wealth tax on all couples ‘worth’ more than £1million would raise £50billion a year – dwarfing the paltry £12billion annual income from the Tory scheme that disproportionately comes from the incomes of the lowest paid worker.

Or a puny 1% wealth tax on households worth over £4million would give the state an additional £20billion a year to fund health, social care and other public services.

Capital Gains Tax comes from selling something which has increased in value. But the highest rate of CGT is a modest 28%. If that was raised to 40%, it would give the state an extra £9billion a year.

One of the lesser known, perfectly legal, tax schemes is called Entrepreneurs Relief! No, this is not some dodgy form of recreation, but legalised theft of public funds by the hard-at-profiteering. Over 50,000 business people benefit from this state handout. If it was included in Capital Gains Tax, and increased to 40% instead of being zero-rated, it would bring in £13billion a year!

The lowest paid millions unavoidably pay income tax starting at 20%. Just to show how ‘equitable’ capitalism really is, tax on earnings on stocks and shares is a puny 7.5% right now; we can hear the screams of agony from the big shareholders at facing a tax rate of 8.75% from next year!
Even a hopelessly inadequate rise to 15% taxation would gather £7billion a year extra for health and social care.

All these facts and figures are mere samples of what a progressive taxation system could do, at the expense of the millionaires, for the benefit of the millions.

But they also serve to highlight the need to transform the whole system with measures that would mean a vast transfusion of wealth and power away from the rich to the rest of us; the opposite to what has actually happened, particularly under successive Tory and Labour governments since the Dark Ages of Maggie Thatcher in the 1980s.

One of the policies pioneered by the SSP over the 23 years since our formation is a Legal Maximum Income, set initially at 10 times the legal National Minimum Wage. It’s a policy which in turn I fought for and won as national conference policy in my own trade union, USDAW, the fifth-largest union in the country.

Frankly, the idea that a legally-enforced national minimum wage of at least £12-an-hour should be accompanied by a Legal Maximum Income equivalent to £120-an-hour is absurdly over-generous to the rich. But it would be a good start, in tackling inequality and providing Universal Free Basic Services.

And it could raise a fortune! At risk of boggling your brain, imagine such a policy applied even just to Scotland’s 10 billionaires, whose combined wealth rocketed to £22.4billion last year. If a legal cap was imposed on them, at 10 times the proposed £12 minimum wage, that would leave about £21billion for Scotland’s public services!

Or extend the geography of this Legal Maximum Income to the whole UK: the richest 250 people increased their wealth last year by over £1million a day, each, on average – every day!

A mere 171 people, the UK’s billionaires, have a combined fortune of £597billion. Slap the cap on them, at 10 times the minimum wage, and you can do the sums for yourself.

Capitalism is Designed to Create Inequality

Capitalism by its very nature is a grotesque machine for creating inequality. As even the right-wing Sunday Times was moved to write when it published its annual Rich List in May 2021,

“Many readers will feel uncomfortable that such astonishing fortunes have been created as Britain battled a virus that has so far claimed 128,000 lives, increased unemployment to 1.7 million, ramped up government debt, clipped civil liberties and heightened levels of depression and other mental health illnesses.”

Uncomfortable? Furious more like, but all the more resolved to overturn that system. Which would require democratic public ownership of the major industries and services to fully tackle, but which a Legal Maximum Income would certainly begin to transform.

Socialism – not Tinkering with Capitalism

The Tories are openly the political wing of capitalism and its inherent inequalities and exploitation. Labour under Starmer is the New Labour New Tories! It’s led by the knight of the realm who led the opposition to mild increases in Corporation Taxes on the giant corporations in this year’s Westminster Budget debates!

But neither the SNP nor Scottish Greens fundamentally oppose the continued rule of capitalism, and therefore satisfy themselves with minuscule measures to redress the balance of inequality; measures that are puny in their scale.

The health, social care and general well-being of the population will not be noticeably improved by the funds raised by the regressive taxation schemes just announced, which will serve to exacerbate inequality.

The SSP’s policy of a Legal Maximum Income of no more than ten times a living, minimum wage , rapidly reduced to ratios of 5:1 or less – alongside our fight for democratic public ownership of energy, transport, construction, major industries, landed estates and the entire financial system – is what is required.