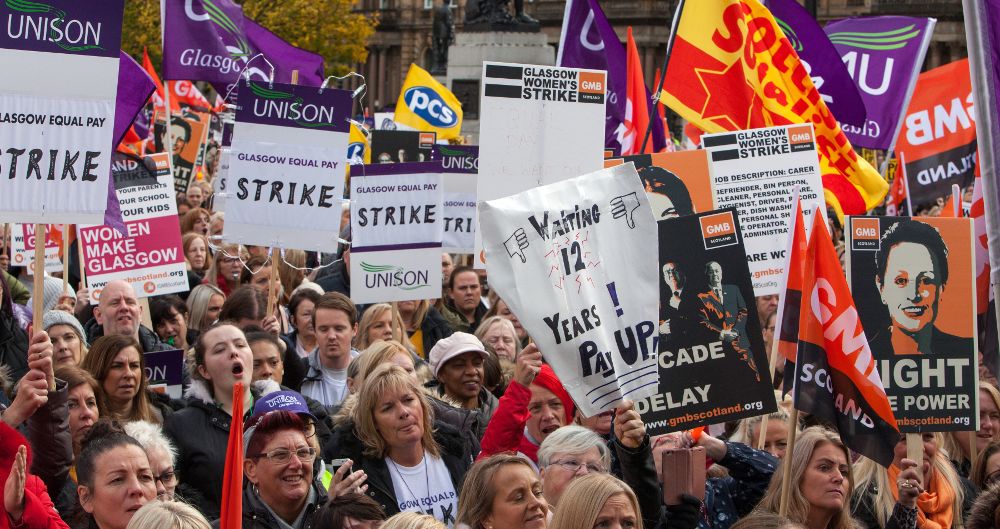 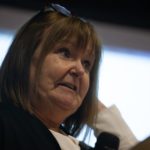 During the First World War over 100 years ago, the landlords and profiteers who owned many of the tenement housing of working class families in Glasgow attempted to raise the rents and further exploit the working class tenants of Glasgow. The majority of these households were predominately women as like many working class communities the men of the family were away fighting in the killing fields of Europe in the first world war, leaving the women to run, organise and bring up the children in poor housing and living conditions in World War One Glasgow.

The women of Glasgow rose in revolt at the rent increases and a self organised rent strike broke out in the city where the women rent strikers defeated the unscrupulous profiteering landlords which was a major and historical victory for working class women, which laid the foundations for future housing law and housing rights in Scotland. From Mary Barbour and the Glasgow rent strikes, to the women involved in struggle to establish trade unions in New York over 100 years ago, to the women factory workers of Petrograd in 1917 who lit the fuse to what was to become the Russian Revolution have inspired us all.

I’m sure in more recent times, we’ve all been inspired by the magnificent struggle in the equal pay battle where mainly low paid women workers took on their Glasgow City Council employers over equal pay and won a massive victory by militant trade union action for ordinary working class women who face the daily struggle to get by on a daily basis in the working class communities of Glasgow.

International Women’s Day takes place on March 8th and is now seen by many as a day for women to celebrate what are seen as the social, cultural, economic and political advances of women along with a major campaigning element which still highlights gender inequality in society.

Inequality and discrimination against women are still endemic in todays society despite the many advances made by women over many years and legislation which has been on the statute books since the 1960s like the equal pay act which was won through the women workers at Fords Dagenham, yet as pointed out above 50 years later women workers in Glasgow have to take strike action to win what is there’s by right.

In a brutal attack on woman’s pensions rights this unelected Tory government stealthily and quietly increased the pension age for woman from 60 to 67 after a lifetime of work and exploitation by the employer years of unpaid labour in child care and in many cases been a carer for family members you are now told you will have to continue working until you are 67; a ridiculous situation as in many working class communities because of poor health, poor housing and poverty the life expectancy of many is the early to mid sixties and the reality is many will not live long enough to ever receive the pension they are entitled to.

International Women’s Day should be a beacon and part of the ongoing battle for all women in struggle to build a better life, women’s rights and gender equality not only for themselves but for future generations of women, but not just for one day a year, but for every hour of every day and who knows maybe in our life time we can see a women’s movement who may, like the women factory workers of Petrograd, light the fuse of Revolution.