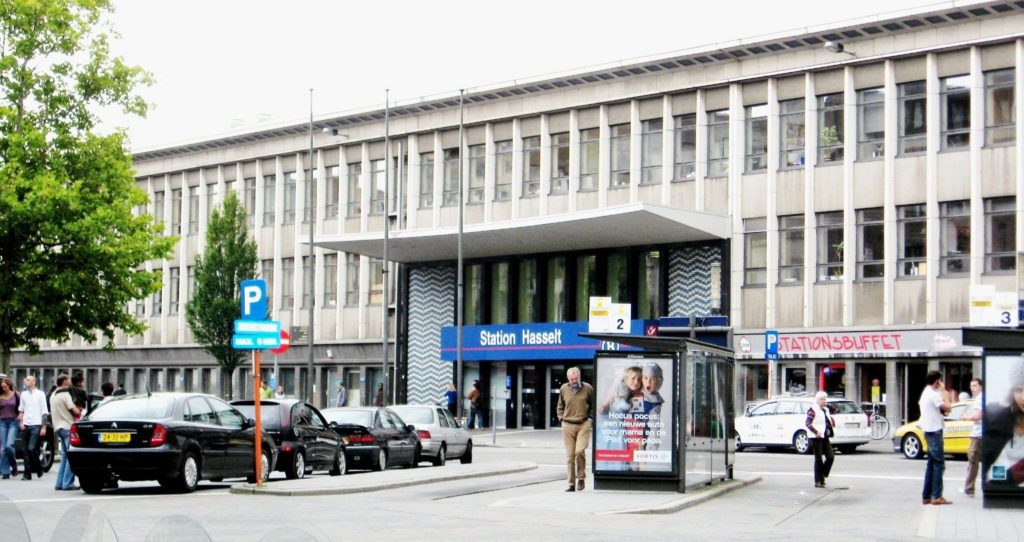 Hasselt, in Limburg, Belgium, took a new approach to transport that could make even the most hardened petrolhead change their mind – they massively upgraded the public transport system and made it free, and now congestion is a thing of the past and the city is alive again.

IN the city of Hasselt, Belgium, the priority is not traffic…but people.

The pavements aren’t hemmed in by the roads; quite the opposite is true. People gather in the squares, children play safely, buses run on time and every 15 minutes. If a city is only alive when its streets are full of people, then Hasselt is bursting with life.

This wasn’t always the case.

Reel back ten years and you have a declining city, deeply in debt, its population stagnating, its arterial roads choked with cars. And it was this latter that was causing all the problems. Hassselt, more than most Western cities, had a serious car habit.

This was partly due to its rural nature, but mostly to do with its public transport system which was, not to put too fine a point on it, shit.

Some areas had no bus service at all. Even in the city centre, there were only one or two services running in the afternoon. They rarely interconnected with other public transport systems. And anyway, they could hardly move for all the private traffic on the roads.

The problem began in the 1960s, when car ownership began to seriously take off. The ancient city ring-road, a cobbled terrain fringed by beautiful chestnut trees, was concreted over to make way for two two-lane traffic thoroughfares.

In no time, these were congested, and an outer city ring-road was built, ostensibly to take the heat off the inner one. It didn’t; it just filled up too. As any traffic planner will tell you, the more roads you build, the more cars you attract.
Hasselt, like Glasgow, continued in this disastrous vein for decades, trying to accommodate more and more traffic and getting more and more traffic to accommodate.

Then in the mid-90s came a radical re-think, which became the city’s now legendary Mobility Plan, a sustainable policy to guarantee mobility for everyone, regardless of income, age, disability, that would meet current needs without compromising the needs of future generations.

Hasselt wanted fewer accidents, less congestion, more public transport users and fewer car drivers. They set out to reduce the space dedicated to cars and increase that dedicated to people.

The massively ambitious policy included extending cycle lanes -proper, European cycle lanes as opposed to the painted bits of road that vans park on that we have here -and providing such innovations as free bike shelters, free-to­-hire white bikes, and free encoding to speed up detection if your bike is stolen. (Note that word ‘free’, ­we’ll be coming to it again.)

They urged drivers coming into the city not to do so. Or rather, to park their cars in park-and-ride car parks and take the bus in. To encourage them, big car parks were banished to the edge of town, and parking priority within town was given over to residents and the elderly. To encourage them further, the maximum speed in town was reduced to 30 ­kilometres, that is -and you could park for a maximum of one hour.

They re-thought this ring road business and instead of building a third, in fact turned one of the originals, the inner one, into the Groene Boulevard. As the name suggests, it is a wide, pedestrian thoroughfare flanked by mature Maple trees. There is a road for traffic too, with a matching cycle lane, and a pedestrian footpath.

During the reconstruction of this area, squares emerged, each with a unique character that adds to the richness of the city’s culture. Kolonel Dusartplein, for instance, is the sight of the market, which has returned to the city centre after a long, long absence. Hendrik Van Veldekeplein, named for the first Dutch writer-poet, has been built in an auditorium style, making it an ideal venue for street performances.

All of which sounds fantastic, but what underpinned these ideas was something more fantastic still.

Working on the assumption that you won’t get people out of their cars without providing a comprehensive public transport system, Hasselt transformed its two line bus service to a nine line service, taking in every district in the city, and committing to a half-hourly service during the day and a night bus that took in every stop in the city. This increased to a 15 minute service during rush hour.

And here comes the exciting bit – to ensure that take-up was as large as possible, they made the services free.

Well, the papers went mad. The world called them crazy. And the people went on the bus.

By making public transport free, the council could also guarantee every single person’s right to mobility. That meant not only the schoolchildren and the workers, but also the old people, the people visiting relatives in hospital, the unemployed. Another social spin-off has been that people now talk to each other more, fostering a stronger sense of community within Hasselt. The bus service is ‘ours’ ­ask anyone in Hasselt, and with the sense of common ownership comes a sense of commonality.

Needless to say, traffic is way down, and congestion almost non-existent. Hasselt is finally moving and this has breathed new life into the city, attracting visitors and business and people.

The cost is always something people ask. In fact, the council was in deep debt in the mid-90s and the radical re-think was partly prompted by the fact that they just couldn’t afford a new ring-road. Improving the bus service and making it free was cheaper. In 1998, it worked out as costing €22.63 per household. Since then, it has more than paid for itself by attracting so much new commerce to the city that the council’s debt has gone and taxes are down.

Funnily enough, it still has a high level of car ownership, it’s just that people drive them much more rarely these days.