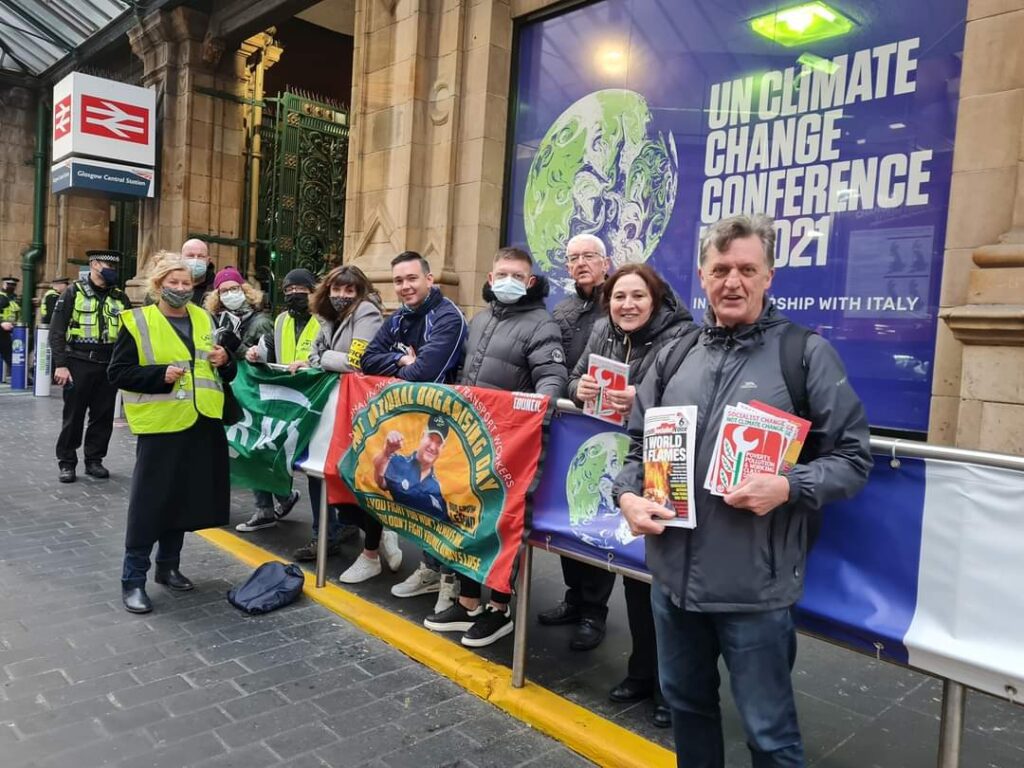 The Scottish Socialist Party is calling for free public transport to be extended to everyone in Scotland to cut emissions and reduce poverty.

The SSP is on the streets of Glasgow during COP26, arguing for a Socialist Green New Deal that tackles pollution and poverty together.

COP26 delegates have the benefit of “Oyster-like” smartcards in Glasgow, giving them free public transport for the duration of the conference.

The move is an admission that Scotland’s fragmented, privatised, for-profit system of public transport is not fit for purpose – but creates a two-tier COP in a two-tier Glasgow. Instead of special privileges for elites, we need free public transport for all.

Travel and transport account for the majority of Scotland’s greenhouse gas emissions – and travel is still expensive and difficult. If Scotland is serious about its climate commitments, it needs a public transport system fit for the 21st century.

Despite this, ScotRail is cutting 300 train services, and popular Daytripper tickets in Strathclyde have been axed before COP26. This puts more cars back on the road and deepens inequality in Scotland.

Expanded services and free public transport will provide safer travel for workers on late-night shifts, such as those in hospitality, who are often dumped on streets by employers without guaranteed transport home.

The Scottish Socialist Party supports RMT members on the Caledonian Sleeper who are taking strike action for better pay – this is a fight that won’t be forgotten during COP26. The Caledonian Sleeper is a public service that could provide an alternative to short-distance flights. Serco has received millions from the Scottish Government to prop up their profits – it’s time they gave workers a proper pay rise.