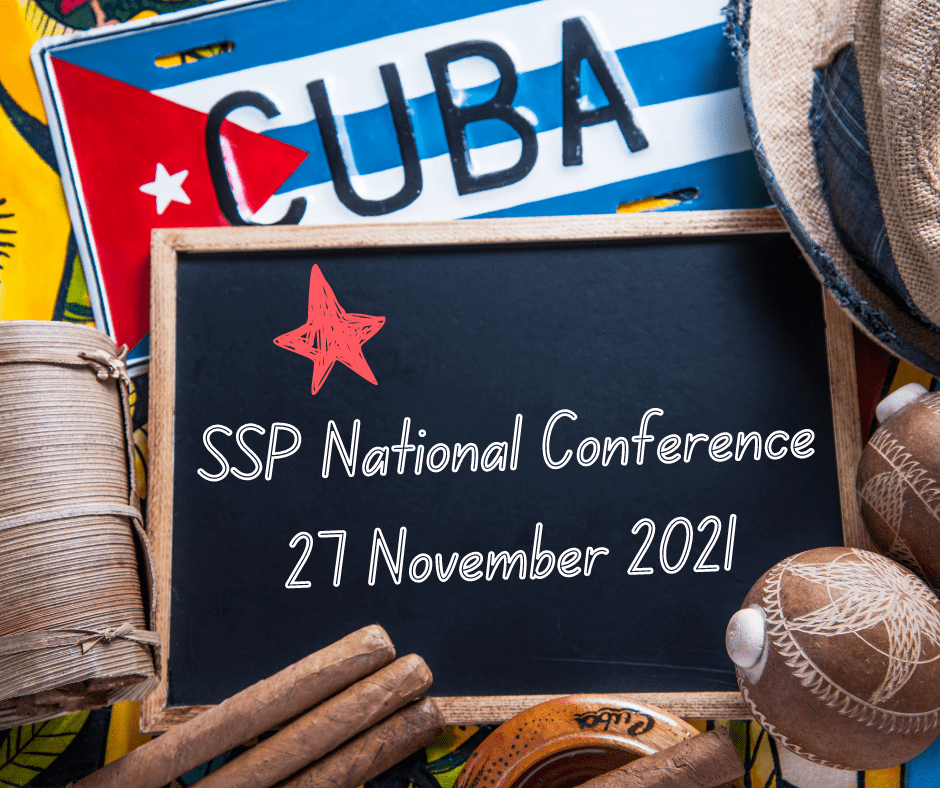 The Scottish Socialist Party is proud to announce that Aymee Negrin, of the Cuban Embassy in London, will attend its National Conference on 27 November 2021.

Aymee’s attendance will allow us to hear firsthand about events in Cuba, and for us to show our support and solidarity directly with the people of Cuba.

The SSP firmly opposes all attempts by the United States to stage a coup in Cuba, and in other nations of South and Central America.

On Monday November 15th the United States attempted to de-stabilise Cuba and create a movement which, in the fantasy world of American strategists, would lead to the overthrow of the Cuban Government.

The plot ended in an embarrassing and pathetic failure when it became clear that the great mass of the Cuban people wanted no part in their intrigues. Alongside this were the robust actions of the Cuban Government, which under the slogan, ‘the revolution will be defended’ thwarted the plot.

American aggression took the form of a social media onslaught bombarding the Cuban people with anti-government propaganda, false news and calls to revolt against the government. Some even gave instructions on where to meet. Allied to this was an international media campaign supporting the ‘great uprising by the Cuban people’ which quickly faded when the uprising failed to materialise.

Observers of the Cuban American situation will recognise this as the latest of years of US aggression aimed at the overthrow of Cuba and it is a great testament to the strength of that revolution that it has stood firm against all the odds. The American aggression over the past 62 years has included military invasion, active support for terrorist attacks, biological warfare, economic sabotage, draconian economic sanctions, and a media hate campaign against the Cuban Government.

This is not to say that Cuba does not have its fair share of problems and that the Cuban people do not have cause for anger and frustration at the economic hardships experienced in recent times. Like so many other countries in the world, these have their roots in one single issue: the COVID pandemic.

While Cuba dealt with the health crisis superbly – as recognised by the World Health Organisation, who held Cuba as an example for others to follow – the economic consequences of the pandemic are catastrophic. Cuba’s number one industry is tourism. It provides billions of dollars in revenue to Cuba and directly or indirectly employs hundreds of thousands of people.

Because of the pandemic, this industry was shut down overnight, creating enormous economic problems. The government’s response was draconian austerity measures to try and stabilise the economy. It was these measures that prompted a reaction from many Cubans last July.

Cuba should shortly be moving out of this crisis situation. On Monday 15th November the government announced the re-opening of the tourist industry. This, of course, was the same date as the American action; a clear attempt to undermine the announcement.

From this, the government will press ahead with wide-ranging economic reforms which had been side-lined by the pandemic. The aim of these reforms is to create a more modern economy and to raise the material living standards of the Cuban people. At the same time, they remain firm in their desire to defend the gains and ideals of the revolution. Above all to maintain their hard-won sovereignty.

Before the revolution Cuba was a de-facto colony of the United States ruled by a succession of repressive American puppet governments in a country controlled by US companies, a local wealthy elite and American and Cuban gangsters. America’s aim since 1959 has been to take back ‘their’ country and restore Cuba to its pre-revolutionary status. The failure to do so is perhaps the greatest triumph of the revolution.

The Scottish Socialist Party’s support for the Cuban Revolution and Cuban people is total and unswerving with a strong history of solidarity. It is part of Scotland Cuba Solidarity, has carried numerous articles on Cuba in its journals, and a few years ago sent an extensive delegation to Havana to show our support.

That solidarity continues to this day. With that in mind, the SSP is proud to announce that Aymee Negrin, Political Officer at the Cuban Embassy in London will attend our National Conference on November 27th. It will allow us to hear firsthand about events in Cuba and for us to show our support and solidarity in person. It will also allow us to plan our further support for Cuba.