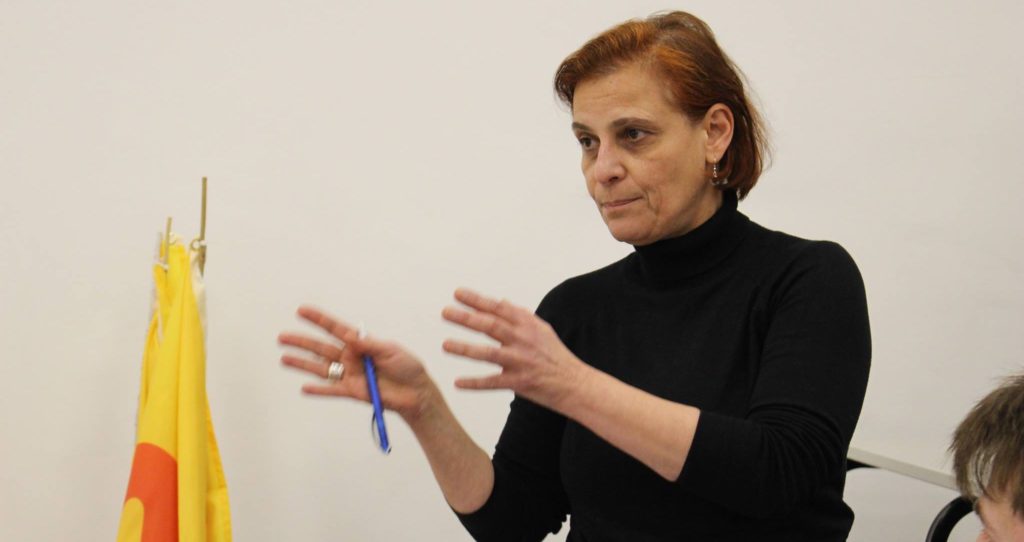 It is difficult to discuss arguments about the Remain or Leave perspectives following a step-by-step logical progression. This is because each position is approached in a completely different way.

The Left Leave position is effectively a critique of the European Union’s neoliberal character, but has very little concrete proposals about what the future of the UK working class might be after Brexit. Some have suggested that, following a Brexit, the current UK government might collapse and Jeremy Corbyn might win and save the country. Others seem to hope that a Brexit could somehow give strength to the working class to resist more effectively against the Tory-led British neoliberalism.

On the other hand, the Remain position focuses on the future of the UK and what might happen or not happen in it as a result of a Brexit. Advocates of the Remain position predict tougher Tory-led austerity politics accompanied by deregulation and privatisation, potential to close the borders for non-EU immigrants and refugees, and severe destabilisation of the lives of the current EU immigrants. When asked about the likelihood of such problems, left Brexiteers redirect the discussion reminding us once more that the EU is a neo-liberal institution that has treated non-EU immigrants extremely badly so far.

Similarly, when left Brexiteers attempt to challenge the Remain position, they often ask two questions which again relate directly to the EU’s nature as a capitalist institution. The first question is purely rhetorical: “How can the UK remain in the EU after the unacceptable way in which the EU has treated Greece last year?” The second is more of a proper question based on genuine curiosity: “If the project of the Scottish Independence can be presented (by the left) as one that was designed to challenge UK capitalism, why Britain’s attempt to leave the EU cannot be understood as a project that challenges European capitalism?” 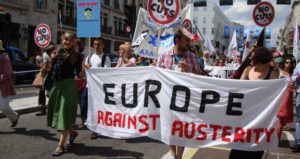 From a Remain perspective, it is not possible to answer these questions without drawing attention to the central role of the current neoliberal Tory-led government in the UK. Bringing Greece into this discussion is a distraction that adds a moral flavour, a modest ethical perspective, one that perhaps alludes to solidarity. Yet it is important to clarify that there is no commonality between Greece and the UK. The UK is not dealing with debt through the EU. The European Central Bank demanded brutal cuts and privatisations on the Greek people under the excuse that this is the only solution to the problem of paying back its debt.

In the UK, it is the Tory government that imposes ideological, brutal cuts and swathes of privatisation to UK residents. This is not going to stop, whether there is a Brexit or not, and it is likely to become worse following a Brexit. Furthermore, if Brexit is to be spun as an act of solidarity with Greek people, it is obvious that solidarity acts should benefit those concerned. Greek people would not gain anything from a Brexit. Greek people desperately need a process or an action that could help them win a cancellation of their huge and unfair debt.

However a different Europe, a democratic union led (or heavily influenced) by representatives of the European Left could be a Europe that is prepared to support this. Greece urgently needs a fairer EU. The only political processes that can help Greece are those that lead to this aim directly.

The connection often made by Left Brexiteers between leaving the UK and leaving the EU as strategies which are similarly designed to weaken overarching neoliberal institutions, is equally problematic. The left position that supports Scottish Independence relies on Scotland’s concrete potential to unshackle from British capitalism and take control of its own matters in a more democratic manner.

The substantial work the radical Scottish Left has put into providing strong networks to pull the SNP project in a social democratic direction, allows us to approach independence as a new beginning. Independence remains an attack to British imperialism. It provides a realistic alternative. However, while the Tories are in power, and the Blairites in the Parliamentary Labour Party continue to hamstring their leader, any attempts to leave the EU will never work for the UK in a similarly emancipatory way. 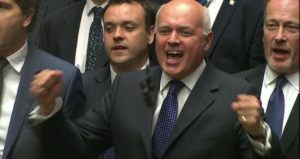 The role of the Conservative Party is a crucial element to consider in any serious conversation about the EU referendum, specifically when this discussion is taking place in left environments. Scotland’s problem is the ways in which the Westminster government makes decisions for the people of Scotland, who have rejected Tory majorities at the ballot box for over sixty years.

The UK working class’s problem is the Tories, and the central struggle of British people and other UK residents is to find ways to escape from them. A Brexit is the last thing to consider as a remedy against the Tories – it would leave us at their mercy. The agenda was started here in the 1980’s by Thatcher and extended by Blair and Brown.

By contrast a Remain outcome could help with slowing down the pace of Tory-generated destruction in the UK, while also contributing to the long-term project of a fairer and more democratic European project. Advocates of the Leave position constantly repeat that the EU cannot be changed or repaired. But this is not true – it has been evolving and changing ever since it was founded in 1947.

This referendum which was created by and serves right-wing agendas, is a tactical issue for the British left. It is crucial to assess how leaving or remaining in the EU can help us address the central issues we have in this moment in time in the UK, which is the conservativism of Tory governments. Voting to leave the EU cannot save us from the Tories. But Scottish independence can do so on a national level – and provide another progressive leadership to the European Council, diluting the venal, anti-worker, and rejected-by-Scotland Conservative influence.

Sophia Lycouris is the international secretary of the Scottish Socialist Party.