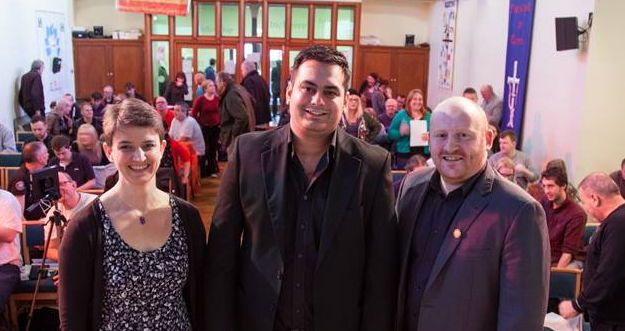 The first post-referendum conference of the Scottish Socialist Party which met last month in Edinburgh was an inspirational event. Reflecting the flood of new members which the SSP, like the other pro-Yes parties, has experienced, the event was some four times larger than its counterpart in 2013 with many of those present newly joined members.

It was particularly encouraging to see a number of those new members participating and speaking with confidence. A range of decisions were taken including moves to reconstitute the SSP women’s network, support for a citizen’s income and a wide-ranging debate on issues such as the idea of a Yes alliance at the general election and how the left can co-operate in the period ahead.

One highlight was the speech by former Labour for Independence leader Allan Grogan who told the conference why he had joined the SSP. Conference also heard from the Radical Independence Campaign’s Jonathon Shafi, and Maggie Chapman from the Scottish Green Party.