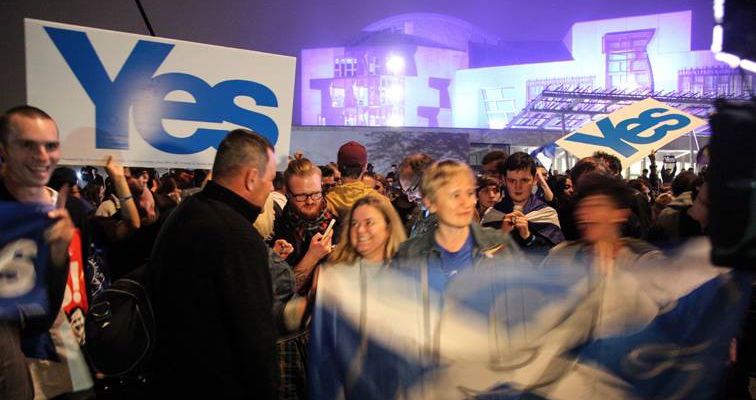 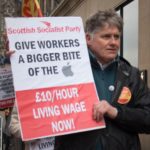 Andrew Wilson’s Sustainable Growth Commission report reminded me why I left the Labour Party and founded the Scottish Socialist Party – because it’s straight out of Tony Blair’s playbook.

Don’t believe me? Blair advocated “flexible working practices” as a cover for undermining the employment rights of working people in the 1990s. Wilson’s advocacy now, as part of “a competitive location for international investment”, is classic Blairite code for cutting corporate taxes, ignoring the nefarious affairs of Russian oligarchs and delivering turbo-charged austerity for the masses. All this while keeping the hated Council Tax and other regressive levies like VAT and fuel duty, where the burden falls heaviest on those least able to pay. 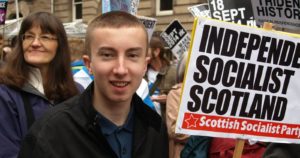 Public ownership was anathema to Blair too, and nowhere does Andrew Wilson’s report mention returning our utilities or “Scotland’s abundant natural resources” to public hands. His “Fund for Future Generations” (page 15), for example, pales compared to Norway’s Sovereign Wealth Fund because all of our oil and gas fields are privately-owned. We get peanuts from the tax levied on oil company profits, whereas Norway gets all the profits.

Andrew Wilson makes clear (page 5) that independence, for him, is not about challenging existing power relations in Scotland but maintaining them. He talks like Blair did, about “creating a stronger economy” and “sustainable public finances” in order to build “a fairer society”, before all mention of the latter disappears entirely. His “Productivity, population and participation” section is undermined by zero hour contracts, poverty wages, widespread underemployment and, above all, lack of investment.

On population growth and immigration, he omits to point out that the overwhelming majority of the 479,000 migrant workers who have come to Scotland since 2010 are here as a source of cheap labour for unscrupulous employers otherwise unable to find people prepared to sweat all day in their fields and factories for such poor wages.

His “participation” promise makes no mention of the entrepreneurial, creative, social, and academic potential of Scotland’s working-class majority, or the 500,000 people working for less than the Living Wage, or the one million Scots living in poverty – most of whom are in work! Freeing them from the bondage of slave wages, insecure employment and indebtedness to fulfil lives packed with potential would show real ambition and improve our nation’s GDP enormously.

Not only is the Sustainable Growth Commission’s report not the “silver bullet” we had been warned to expect on the crucially important economic case for independence, it undermines the progressive message I support that rejects the status quo, breaks with free market economics and abandons neoliberal constraints, and offers Scotland’s working-class majority a vision of material advance and liberation.

“Tone and message matter as much as policy specifics in driving sentiment”, admits Wilson (page 20). I agree. Yet I found myself in that rare place this weekend agreeing with Iain Macwhirter, who suggested this report be read, filed, and forgotten.

Andrew Wilson’s promise of low taxes for employers and low wages for employees will not be presented as our collective vision of Independence. The Scottish Socialist Party will not participate in a Yes campaign that puts neoliberalism at its centre, for it will not win over the hundreds of thousands of working-class voters crucial to our success. The SSP and others on the left will not campaign for independence based on this right-wing economic prospectus.

Rather, we will present a far more progressive and ambitious vision based on a £10 per hour living wage, secure employment, an end to austerity, a public housing programme to rival that of the 1960s and public ownership designed to lift our fellow citizens out of the poverty, inequality, and lack of opportunity they currently endure and from conditions that Andrew Wilson, his academics and businesspeople apparently wish to maintain.

Colin Fox is national spokesperson of the Scottish Socialist Party and was a member of Yes Scotland’s Advisory Board during the 2014 referendum campaign.