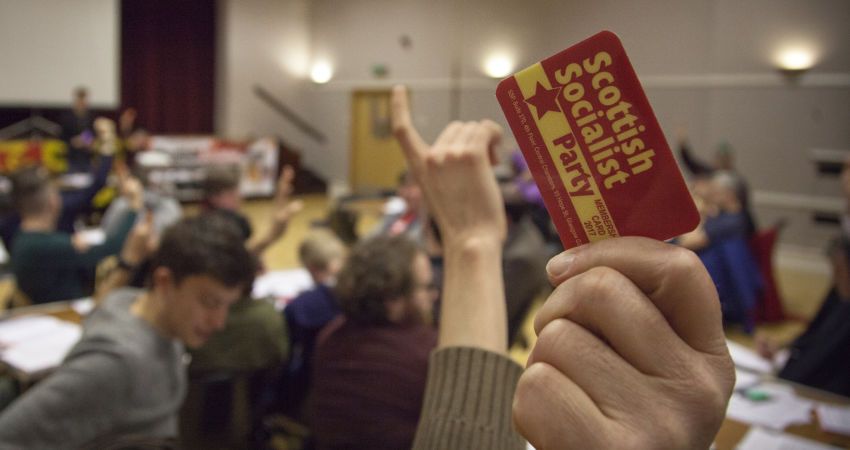 The Scottish Socialist Party are to launch a high profile campaign to persuade pro independence candidates to put a clear mandate for independence in their manifestos for June’s election over the next six weeks.

Meeting in Glasgow at the weekend the SSP Annual conference endorsed the party leadership’s campaign to make 2017 ‘the independence election’ and agreed that rather than standing candidates the party’s priority would be to maximise support for self-determination itself. 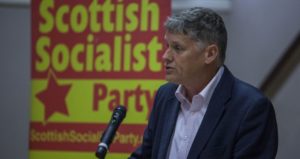 “The SSP stands for independence and we intend to build support for it in the weeks to come. As part of that campaign we will be pressing the SNP to include a cast iron commitment to independence in their manifesto in order to build momentum behind the idea to counter the Tory assault on working people in Scotland.”

“As things stand Theresa May looks set to win a huge majority and inflict ‘the mother of all democratic deficits’ on Scotland. With no mandate to govern here she will nonetheless continue to block our right to a democratic vote on independence.”

“The choice facing Scots voters today is either remaining in the UK with the prospect of another 20 years of the Tories or to sidestep such a nightmare, reject a political philosophy we do not support and transform Scotland along the lines we support.”

“That’s why our party will be writing to the SNP to insist they put independence at the epicentre of their manifesto. “

“Over the next five weeks we will be campaigning to increase support for independence with a series of sparkling initiatives which we will unveil in the next few days.’

“In June Scotland will again return a huge anti Tory majority. Only arming them with an unequivocal mandate for Independence can add momentum to the movement for self-determination and stop the mother of all democratic deficits and the imposition of toxic, Thatcher style policies on Scotland”