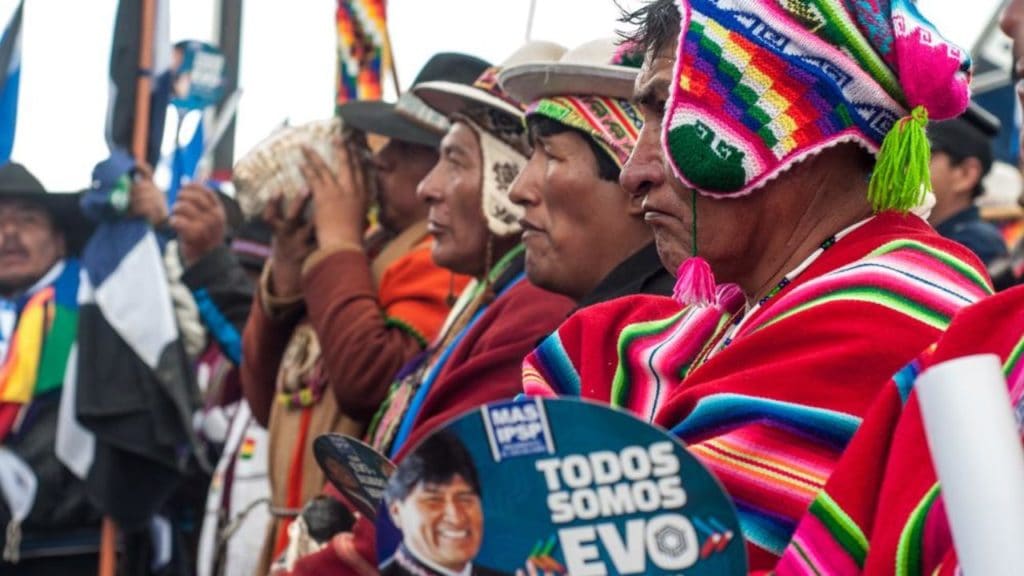 The Scottish Socialist Party sends its warmest congratulations to new elected President Luis Arce and the Movement Towards Socialism on their tremendous election victory in Bolivia.

The military coup last year on the spurious claim of electoral fraud has been overturned by the Bolivian people through a mass campaign of struggle which has propelled MAS back to power with their best result ever.

They have united huge swathes of the Bolivian people with its campaign to defend the gains made over the past 14 years of MAS government. This has included bringing key industries into public ownership, social and economic reforms that have lifted huge numbers of Bolivians out of poverty, political reforms to end the racism and discrimination against the indigenous population, and environmental measures to undo the great damage done by the previous neo-liberal regime.

All this was threatened by the cabal of fascists and conservatives who seized power in the coup. The Bolivian people also saw close up what it was like when fascists entered the government. Violence, rampant racism, and death squads.

Socialists all over the world are celebrating tonight. A great victory for the Bolivian people and all the peoples of Latin America.