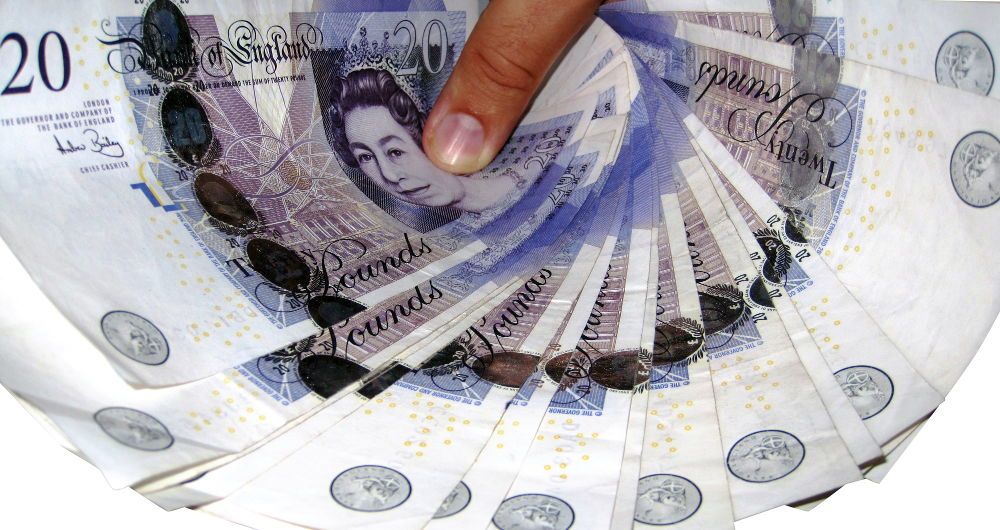 The crime of poverty pay is becoming even more criminal.

In a cheap stunt to absorb some of the growing fury of working class people at appalling hourly wage rates, even the Tory government has been obliged to ‘name and shame’ some of the companies not even paying the legally required national minimum wage, the pathetically low £6.50 for workers aged over 21.

The biggest company named, with the biggest number of workers denied even this pitiful hourly rate, is Swedish-owned clothes chain H&M.

Known for its fast fashion, cheap chic range, Hennes & Mauritz was founded in 1947 by Erling Persson. The current company chairman is his son, Stefan Persson. He is the world’s 24th-richest billionaire, with a personal fortune of £16.01billion. He gained from last year’s 25 per cent rise in the stock value of his company, H&M.

But he didn’t do too badly from his other sideline, land ownership in England. Last year he bought Savernake Estate in Wiltshire: no crofter’s strip of land, nor modest family farm, but a colossus of 8,700 acres! And for Stefan’s convenience, this latest acquisition isn’t far from Linkenholt, a village in Hampshire, which he bought in 2009!

In contrast to this mind-boggling wealth, in the hands of Sweden’s richest citizen, his company and primary source of wealth, H&M, dodged paying over 500 of its staff the paltry £6.50 an hour that the national minimum wage legally obliges them to pay!

Billions for bosses, buttons for their workers!

That’s just the stand-out example of obscene class exploitation highlighted by the ‘named and shamed’ list recently published. And it shouldn’t hide the more fundamental point: how the hell are workers meant to live on £6.50 an hour even when companies do pay it?

As the SSP steps up its street campaigning for a living national minimum wage of £10 an hour, legally enforced, horror stories of working people who can’t cope multiply with every street stall. The woman who told me she has five part-time jobs, as a cleaner, and still can’t survive the bills.

The 23-year-old hairdresser who told me she works for a major chain but is having to give up and go back to college, as she only gets £4.50 an hour actual wages, topped up to the legal minimum £6.50 through commission – which is drying up as people can’t afford to spend as much on hairdos or shampoos… because of low wages!

The proud people who work part-time but still have had to resort to foodbanks for emergency food supplies.

Low wages suppress spending power, thereby adding to job insecurity and unemployment. Workers getting a boost to their wages would spend it, investing in the local economy – in contrast to company bosses on unimaginable sums who just squander their wealth on luxury yachts, works of art that they often stick away in a vault…or in buying up a whole village!

But inequality is the ugly twin of poverty. The richest tenth of people in Scotland have 900 times as much wealth as the poorest tenth of the population.

That’s in keeping with the global obscenity of inequality: as Oxfam recently reported, the richest 1% on earth own 48% of global wealth, and by 2016 the 1% will own more than the other 99% of humanity!

Fighting for a £10 an hour national minimum wage for all over 16 – with equal pay for women – is hardly asking for the moon and the stars. It’s roughly equivalent to two-thirds the median male wage in Scotland. In other words, two-thirds of the income that half of all men already get more than.

It’s the minimum wage unanimously voted for at last autumn’s British Trades Union Congress, which adds a mighty potential force behind the demand.

The SSP is appealing to people on the streets to raise their chins, raise their sights, and fight for a living minimum wage, legally enforced.

We are appealing to trade unionists to take up the cudgels and seriously campaign for the policy agreed by all unions representing over seven million members.

And we are arguing that such a wage is easily affordable. The biggest armies of low paid workers are massed in retail, hospitality and the care sector. They are employed by retail giants, including supermarkets, who make £billions in profit every year, and could easily afford a decent living wage for those who make them their profits. Likewise the big chains in the fast foods and hospitality sector.

And the battalions of low paid workers in the public sector could be afforded at least £10 an hour if governments radically changed their spending priorities. From squandering £100billion on Trident weapons of mass destruction, and cutting tax workers’ jobs whilst the rich dodge £120billion a year in taxes, to investment in well-paid jobs in the likes of care services for children, the elderly, sick and disabled.

We live in a fabulously rich country – with obscene levels of poverty. Wage levels are a prime cause of that poverty, with half a million Scots working to stay below the breadline.

It’s time to stand up and demand a share of the growing wealth for the working class that produce it in the first place.

Just as Syriza won power by, amongst other policies, pledging to restore the minimum wage to its 2010 level (double its current appalling level), so too the Scottish Socialists are determined to lead the fight for a decent living minimum wage of £10 now. Join us.