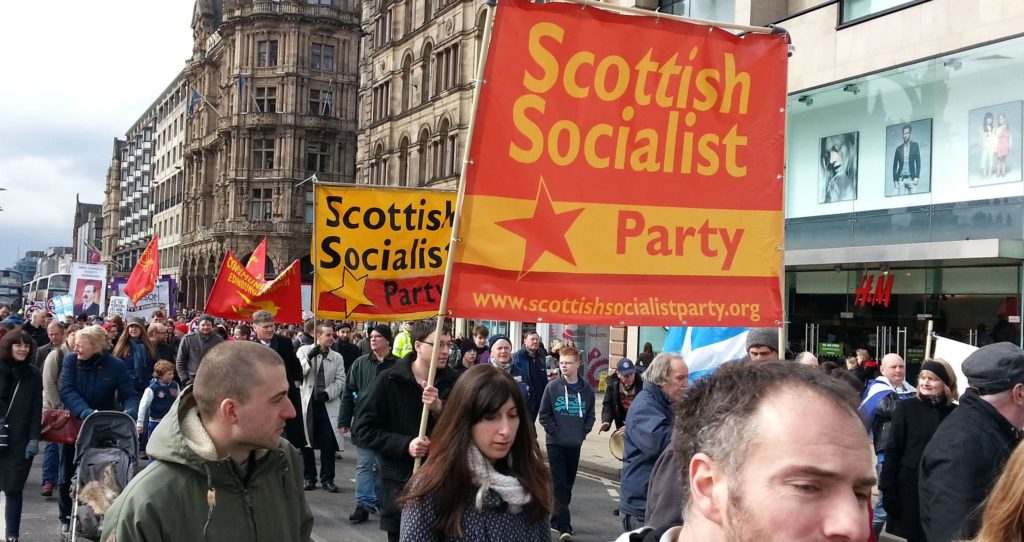 Edinburgh SSP activist Paul Jordan had an edited version of his letter below published today in The Scotsman and The Herald.  The SSP has been campaigning to scrap the ‘bedroom tax’, with streets stalls and public meetings seeing huge support from the public.

I welcome the news that SNP councils will defy Westminster and refuse to evict families who fall into arrears due to this hated tax. The fight-back must be built further. People being forced further into debt is completely unacceptable. This adds yet more fear and uncertainty into the lives of the most vulnerable and financially hard-pressed amongst us. Would an Independent Scotland vote for a Government committed to such ruthless attacks? A 72-year-old woman was amongst those that signed the petition on saturday, she’s not alone in being unaware that it doesn’t affect pensioners. Her relief was clear, she had been living in the same house for over 40 years, the house was full of her life’s memories. If she had been 61 years old, living there for 40 years, she’d be facing debt & eviction.

There are marches against the bedroom tax next Saturday in Edinburgh and Glasgow. We must come together to defeat the vicious and divisive politics of Westminster. They should be building housing, not forcing people out of their homes.