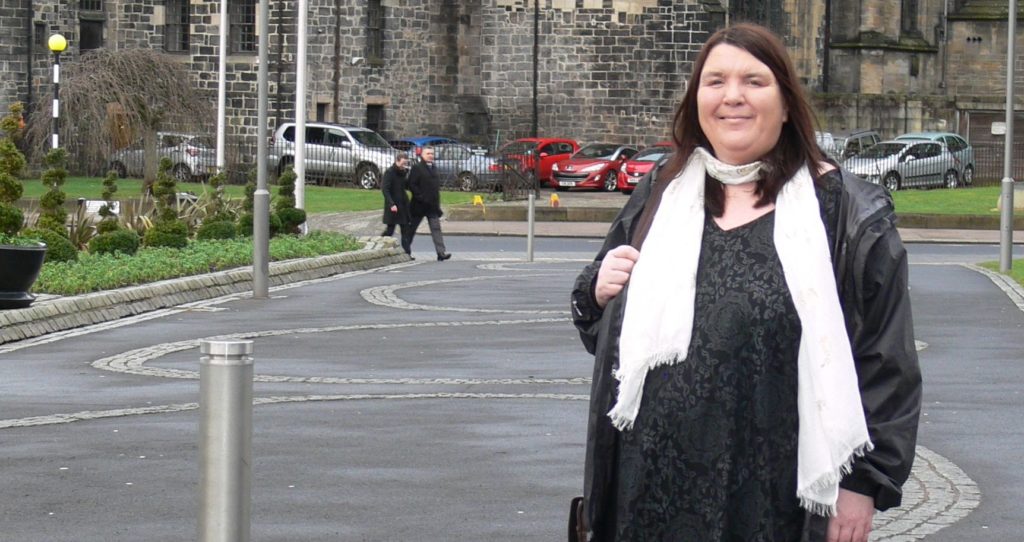 After the referendum, the SSP – like other parties of the ‘Yes’ campaign – had a huge surge in applications for membership. We can now begin to rebuild our party and offer an alternative socialist agenda to that of other parties. Scotland has changed and demands a different kind of politics. We in the SSP can offer this and continue to support the radical left in gaining credence with the electorate again. The radical left is changing too and we must be a part of that.

During the referendum, the SSP was the party which campaigned for a different Scotland. For us, independence is the initial step by which to create a socialist society. Alongside other groups like the Radical Independence Campaign and Women for Independence, we took the message into the communities we live in. The referendum changed our party – many of our activists got involved in public speaking and campaigning, growing with confidence.

We worked alongside other political parties, especially the SNP. We shared the goal of independence but our vision of that independence was different. Post-referendum, we called for a ‘Yes’ alliance for the general election but it was evident that their construct of an alliance differed from ours. For the confident, vastly enlarged SNP, this meant no other candidates standing against them. It might offer some non-SNP members seats but they must then accept the party whip. This was a lost opportunity to transform the face of Scottish politics from the current ‘two tribes’ model to one with more plurality and consensus. At a local level, many SNP branches had already announced they were seeking candidates.

Our decision to stand was, therefore, not an easy one. We knew we could be accused of splitting the ‘yes’ vote. However, we decided to stand four candidates in traditional Labour seats. In two of these seats, Glasgow East and Paisley and Renfrewshire South (the others being Glasgow South West and Edinburgh South), Labour had actually increased its majorities at the last general elections. All of the seats are in working class areas, where austerity is biting hard.

All the MPs in those areas voted with the government to continue austerity. Some of these MPs, like many in Scottish Labour, are out of touch with their constituents. These are generational safe Labour seats where you vote for Labour because your parents and grandparents did. For many including myself with some sadness, Labour is no longer the party of the working class but we as the SSP with our vision can remind them of the party they used to be.

This election is being seen as a two horse race. One message is ‘Vote Labour as a vote for anyone else is a vote for David Cameron’. Another is ‘Vote SNP because we alone can support Scotland’s interests in Westminster’. We in the SSP say vote for us and other radical left parties who dare to be different if you want a different society.

The blitzkrieg attack on the poor and most vulnerable has had a huge impact on many in our communities. SSP members are not poverty tourists and many of us know hardship from personal experience. Our policy pledges will be ones that tackle inequality. The SNP, some Greens and, indeed, some Labour activists do not use the word ‘socialism’ instead using ‘social justice’.

We are not ashamed of being socialists or of our socialist vision. Our main policies centre round the eradication of poverty. We want a living wage of £10 an hour now. We condemn the use of benefit sanctions which cause absolute poverty in one of the richest countries in the world. We will end the misuse of zero hour contracts which lead to uncertainty for many workers. We will end the care tax which means many people with disabilities have to pay from their disability payments to allow them to receive self-directed support. We also believe that that Trident and its replacement should be scrapped. The billions being spent could be used on our people. Our full manifesto will be published soon with our full range of policies all designed to create a more equal society. These are pledges which can change individual lives and society for the better.

The first-past-the-post system does not suit a smaller party like us. The SNP claims to be left of Labour and it is likely that many voters will vote tactically. It is a Westminster centric election with voters fearing the impact of another five ears of Tory rule. It is important to note though that neither Labour nor Tory rule have ever ended in child poverty. These elections are important for us as we continue to grow and regain a foothold in Scottish politics. For the past year, we have been active in our communities. That will be our strategy in the election showing we are neighbours in the constituencies we stand in. All of our candidates are local people and know the people whose vote they will be asking for. Our strategy will be to continue to build relationships and show we are still here after the election.

Many of our activists are amazing, vibrant young people who will definitely play a part in the future of Scottish politics. This election campaign will give them the much needed experience they will require in the future. Most importantly, we will demonstrate that we are not the type of party who drops in at election time and are never to be seen again. We will continue to reach out to people in their communities demonstrating the radical left has something to offer them.

These elections are only the beginning. With the Holyrood elections in 2016 and the local elections in 2017, we feel a responsibility to the left to begin the spadework for gaining left representation and to share with the electorate that socialist policies are not unachievable but an alternative to austerity.

The SSP feels the burden of standing. We feel the responsibility in ensuring that radical left parties will be elected in the 2016 and 2017 elections. It is our responsibility to make those policies understandable and tangible for our electorate. We also need to stand to show an alternative to austerity and offer a programme that can transform society.

We believe in independence but this is just the beginning for us. We offer a manifesto that is left of the Scottish Greens, the SNP and Labour. That is why we need to stand to demonstrate what socialism means. Our vision of an independent Scotland is not a mind dream but a realistic vision.

We look forward to knocking on doors and speaking at hustings, challenging other parties’ ideologies. We also look forward to the challenges of the political landscape post-election, ensuring SSP candidates are prepared and experienced for the elections that follow. The emerging picture looks like that of an SNP victory. The ‘45’ may have now become the majority. If the SNP win as many seats as is predicted there may be the potential for a sooner rather than later call for another referendum. How the SNP as such a broad church performs in Westminster will be closely monitored.

We on the left know that there are many other parties that should make up a vibrant left in Scotland. It is important we all do and that all our voices are heard. In two years, with the Smith Commission proposals being implemented, we need to be there to shape policy and challenge the opinion of the party which holds power. Only we on the left can stand up for ordinary people and not the interests of big business. The spirit of the Yes campaign meant many of us worked together towards a common goal. We need to remind ourselves of this in the months and years ahead.

Sandra Webster is the SSP candidate for Paisley and Renfrewshire South. She is also the co-national spokesperson for the SSP.