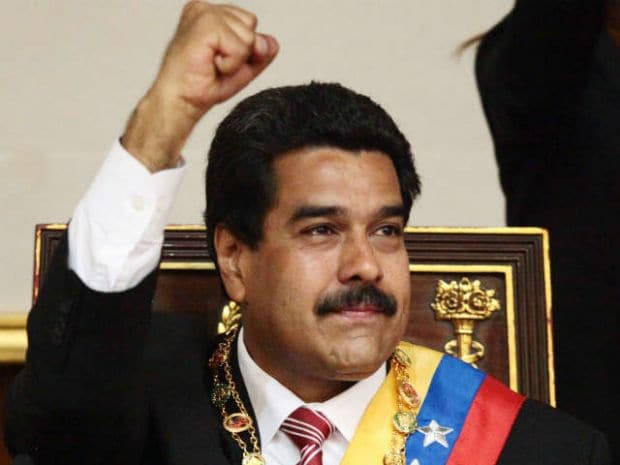 It was an election marred by blatant vote rigging and corruption with the opposition crying foul. It was an election which lacked legitimacy in the eyes of much of the international community and among its Latin American neighbours. Not Venezuela but in nearby Paraguay which last week ‘elected’ the billionaire Horacio Cartes of the far right Colorado Party to the presidency. Cartes, who previously served a jail sentence for corruption and drug dealing, was almost immediately endorsed by the United States as the legitimate winner in the election.

The contrast with Venezuela could not be more stark. The right wing opposition has cried foul on the election alleging widespread vote rigging; despite being able to offer little evidence in support of this allegation. They then orchestrated a campaign of violence in which seven supporters of the Socialist Party were murdered, mostly in drive by shootings, in a clear attempt to destabilise the government.

The United States is still considering whether to recognise the legitimacy of President Nicola Maduro’s victory; this in an electoral system widely praised for its transparency and legitimacy.

Not that the government will lose much sleep over whether they receive the endorsement from a foreign government who have supported every vicious fascist dictatorship in Latin American in their successive reigns of terror against the people’s of that region.

However the closeness of the result will cause concern in government circles. Maduro received 50.8 per cent of the vote as against right wing candidate Henrique Capriles 49 per cent. This in a turnout significantly lower that the recent previous election. The turnout may well be the key to understanding this result. It was widely assumed by all sides that Maduro would win the election comfortably.

This seems to have affected the Socialist Party vote with some not voting because they thought victory was in the bag. It is also likely that the ‘ cult of the personality’ which existed around former president Hugo Chavez might have impacted negatively on Maduro who until recently was largely unknown in the country.

Despite Washington’s concerns for the future of democracy in Venezuela the result has been endorsed by most government in Latin America and will stand. When one adds that the Socialist Party recently won a landslide victory in regional elections the legitimacy of the revolution is secure.

The opposition are coalition of right wing forces many of whom are violently contemptuous of democracy and would welcome a return to military dictatorship. Where they have succeeded is in articulating many of the problems of ordinary people for which the government is blamed.

This includes high inflation, a crumbling infrastructure and high levels of crime. Yet they are a fractious opposition and the key for the government might be in attempt to bring some of the more legitimate elements into the government process.

Whatever happens it is clear that the Venezuelan revolution is at a crossroads. It needs to find a way to move forward while tackling some of the real concerns of ordinary people and to broaden its support among those who voted against its presidential candidate.

The Right will no doubt continue their campaign of destabilisation with the aim of provoking the government into a crackdown. How it handles the opposition may be the key to the future of the revolution.