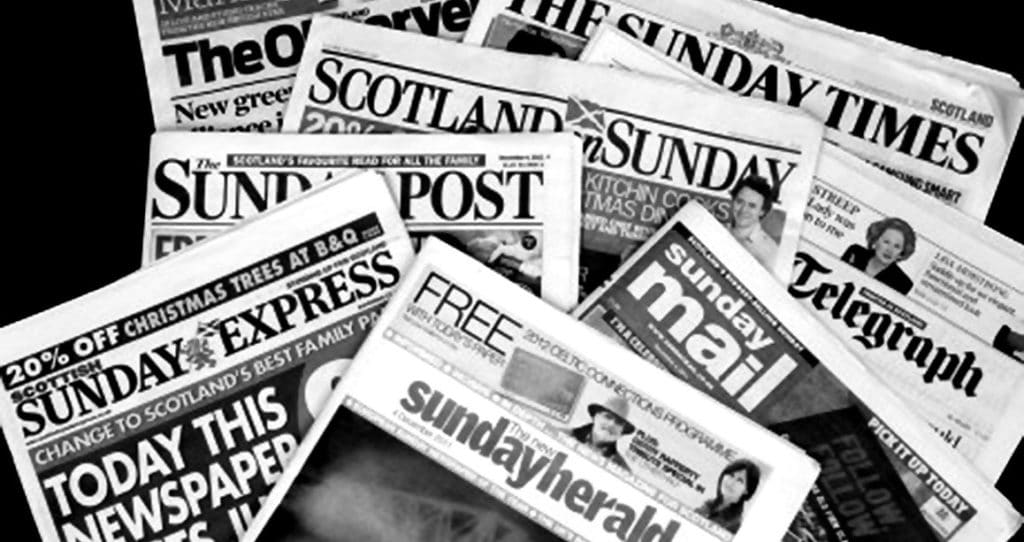 The SNP’s landslide victory at the 2011 Scottish Parliament Election was remarkable, particularly when we consider that the whole electoral process was set-up to prevent such an outcome and no part of the mainstream media in Scotland supports independence.

Of course, people were not voting for independence in May 2011, which meant that some newspapers – most notably the Sunday Herald – were prepared to back the SNP to manage devolution within the UK.

The Sun also backed Alex Salmond for First Minister, but that decision probably had as much to do with the paper’s ratings war with the Labour-supporting Daily Record than any consideration of what was best for Scotland.

Media endorsement can be important. Readers fed a daily diet of stories telling them Scots are incapable of governing their own country, and that independence would be ‘a disaster’, are more likely to have reservations than if newspapers and broadcasters simply set-out the facts.

The illogical position of the so-called ‘Scottish’ Labour Party – backing a British Union that allows Tories in London to govern Scotland, even after Scots have rejected them at the ballot box
– goes unchallenged by ‘Scottish’ newspapers whose editorial line is set by their company’s head-office, which is usually also in London.

Seventeen-months from the referendum, the Sunday Herald has declared it is open to persuasion on independence. Like the majority of Scots, the newspaper’s editorial team is prepared to listen to the arguments and make up its mind based on the facts.

That is how responsible media should behave: but, sadly, most mainstream newspapers sold in Scotland will continue to print misrepresentations, downright lies and propaganda in furtherance of the British Unionist cause supported by their non-Scottish owners.

Against that background, how are Scots going to receive the positive message about taking control of our own country through becoming a normal, independent nation and building a better, fairer Scotland?

The reality is that most ‘traditional’ newspapers are dying. Sales are plummeting and profit-driven bosses are slashing jobs in newsrooms up and down the country, resulting in poorer-quality papers and a further slide down the spiral to corporate oblivion.

More and more people – of all age groups – are primarily getting their news from the internet, with pro-independence websites daily producing content that informs the constitutional debate, allowing readers access to the positive case for independence that the mainstream ‘dead-tree’ media tries to block.

Blogs perform the public service of allowing the positive case for independence to be articulated, while also exposing the lies and smears of British Unionist political parties and media.

There are other such sites and pro-independence blogs where informed content on our country’s constitutional future can be accessed. We no longer have to rely on the hard-copy media of the last century, particularly newspapers that attack the right of Scots to govern their own country, and which portray the working class as work-shy skivers.

Social media will also play a growing part in determining how people vote in next year’s referendum, as more and more of us regularly exchange views online.

Gone are the days when politicians could hide from one election to the next. They now want us to know their every thought, but if we don’t agree with them, we can immediately tell them. The internet and the media platforms it offers can be a game-changer in the independence referendum. The British Unionists no longer control what we read.