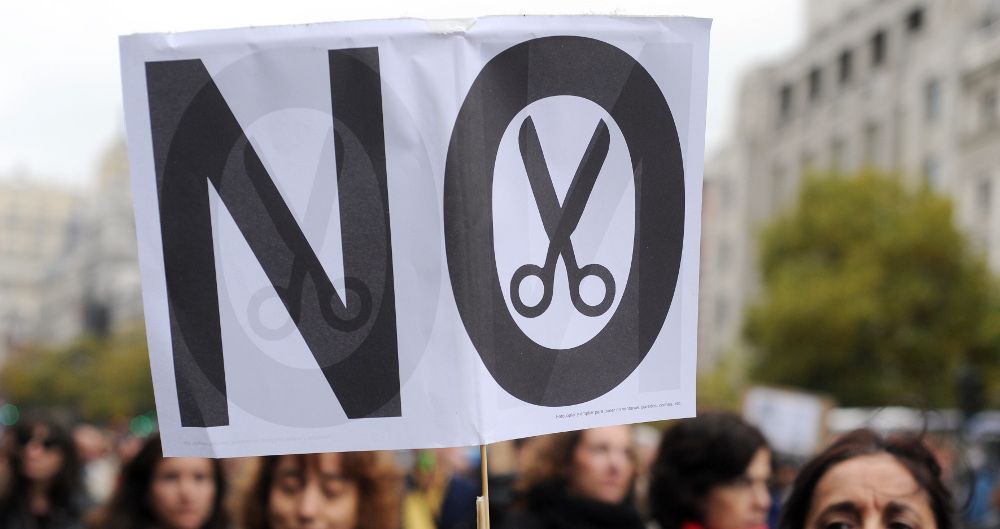 Throughout this week the mainstream media have focussed on a story which was succinctly described by BBC reporter James Cook as “ It was a third hand account that has been denied by everyone who was there.” A stranger, and far more dangerous Telegraph story was unsurprisingly unreported by major media or retweeted by Labour activists, but picked up traction by online news blogs.

‘In Perth, a group of young activists led by Andrew Skinner, A Labour supporter from Glasgow, has been leafleting the Labour stronghold of North Muirton, trying to persuade people to vote Tory.

“They did really well and the Conservatives bough them lunch afterwards,” Says Victor Clements, the Director of Forward Together, a local tactical voting campaign. “It’s quite surreal when it comes down to it.” ‘

So this is really what it has boiled down to. Forget Jim Murphy singing from the top of his Irn Bru crate. “Vote SNP get the Tories.” Forget David Cameron shouting from his ivory tower, “Vote SNP let Labour in the backdoor.” The truth is that Labour, Tory and Lib Dems will stoop to any level to ensure that the 3 party hegemony, and more importantly the ‘austerity is the only way’ message is not disrupted.

It must have came as quite a shock for those watching the leadership debate in England last week, that three very qualified and passionate politicians outlined a different way. That two of them were Nationalist parties and the Green’s whose leader isn’t elected to any Parliament, should be seen as a direct warning of the dangers of maintaining the unholy trios monopoly of power in Westminster.

For those of us in Scotland, there was nothing new or radical about what they were saying, we have been discussing and debating these issues for the last three years. History may well perceive the Scottish Referendum as our Second Great Enlightenment. We know in Scotland that austerity isn’t the only solution, we know there are other options not presented to us by the Westminster elite. It is they and their ilk who benefit from squeezing the poorest the hardest whilst affording tax cuts to their friends and allowing tax avoidance to big business. Most of us in Scotland have realised that austerity isn’t the only way. That by investing in society and it’s people you can grow the economy and create more wealth for all.

In Layman’s terms if the current income of Scotland was £40bn and the expenditure was £50bn we need to find £10bn. The current crop in Westminster’s policy is to cut £10bn +. However the reality is that as you cut then, jobs, spending and trade reduces so while you now have an expenditure of £40bn your income has dropped also ensuring a continual deficit. This is what we have had in the last 5 years as Osborne has failed all of his financial targets.

The alternative is far more palatable and more importantly, effective. By increasing spending, you can grow the economy and increase employment and living standards. One example of this would be to build new social housing. This would increase construction and manual employment, ensuring that they have more money which would mean more tax revenues. The materials would need to be created so the manufacturing industry could be turned around. In Scotland there used to be 200 companies who build bricks alone, now there is only two. A resurgence of our manufacturing industry would again create jobs, increasing tax revenues. It would also give those in employment more capital which they would spend, increasing consumer revenue. It would also increase potential to export surplus goods. Not to mention much needed secure affordable housing.

The notion of spending your way out of debt isn’t anything new. After World War Two, Atlee’s Labour Government, on advice of John Maynard Keynes increased borrowing for social programmes which began to restore the ailing economy and helped an impoverished society. The idea that you have to choose between economic growth or decent standards of living for all is ridiculous. And for those within the Labour Party to offer austerity as the only way flies in the face of their very own history.

This is no surprise, the leaders of this party no longer reflect or represent their past or the people the party was created to represent, this is reflected in their decline in Scotland. For many, the final straw was the failure to create a ‘Labour narrative’ for voting no in the referendum, opting instead to campaign with the Conservatives. In doing so they made the fatal mistake of highlighting to many that despite the colours, the politicians and policies of these two rival parties are one in the same.

And so it was written ever thus, when you campaign with the Tories, you’ve forgotten what side you are on. Or put another way, when you lie down with dogs, you get unelected.