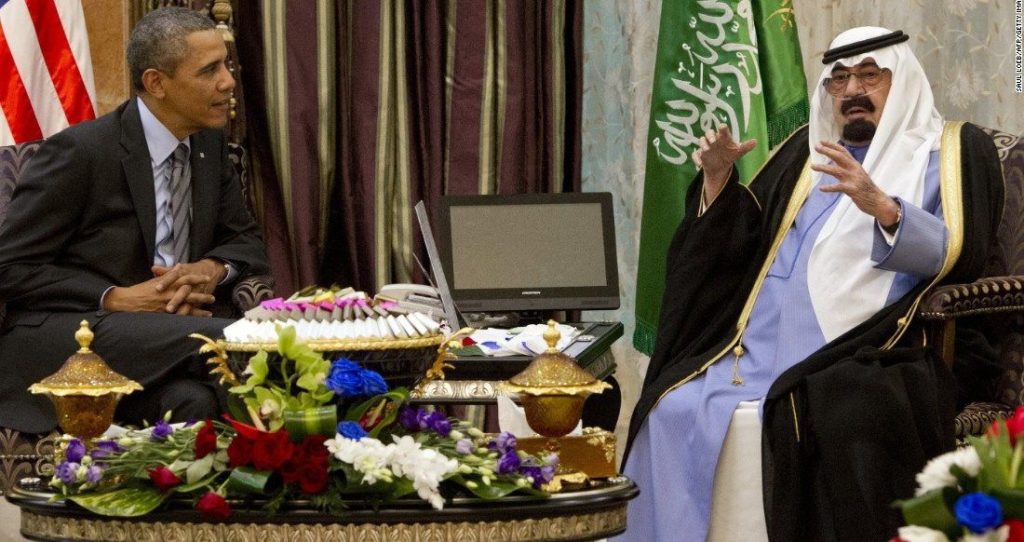 This month scores of world leaders gathered to pay respects at the funerals of French journalists murdered by Islamic fundamentalists. It was a striking show of solidarity with the ideals of freedom and democracy.

On Friday many of the same leaders gathered in Ryadh for the funeral of the Islamic fundamentalist king of Saudi Arabia.

It was a stunning show of solidarity with one of the most repressive regimes in the world.

Saudi is a cross between a medieval theocracy and brutal modern dictatorship. While a wealthy elite engage in a millionaire lifestyle the vast majority of the population; most non-Saudi guest workers live a life dominated by brutality and exploitation. It is a country where women have absolutely no rights despite pretences to the contrary.

Power is in the hands of a ruling class alliance composed of a rich, corrupt business oligarchy and reactionary Islamic clerics; all supported by the West because they consistently support western interests in the region, hence the turnout at the funeral. 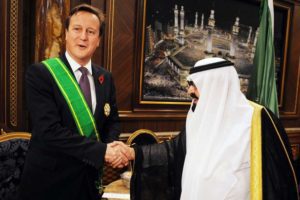 It is the latest demonstration of how the capitalist west sees this region.

Since the Second World War they have consistently supported the most reactionary regimes while consistently opposing progressive secular regimes. So much for the ‘clash of cultures’.

For most of the people of Saudi Arabia there will be few tears shed for King Abdullah. Only among the crooks and religious bigots who form the government.

Bill Bonnar is the chair of the Scottish Socialist Party.