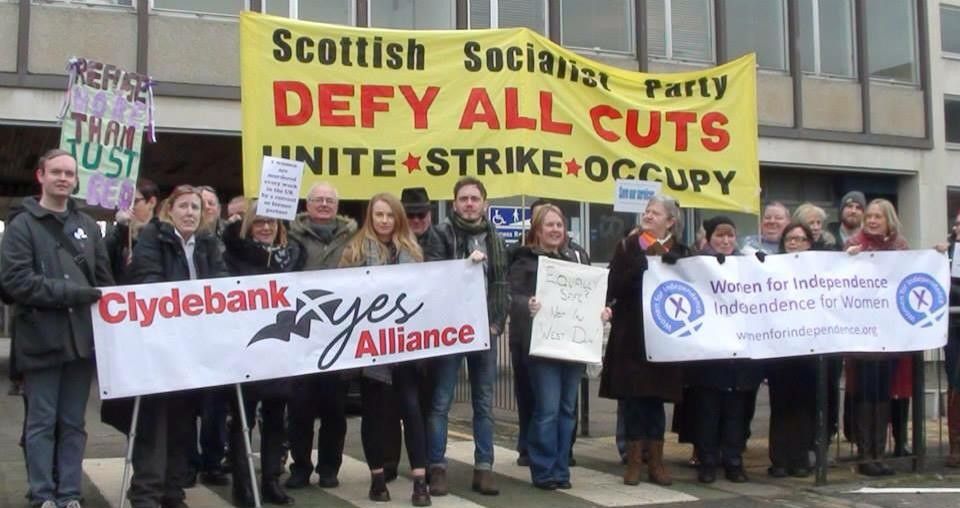 Earlier today, we were proud to stand side-by-side with fellow anti-cuts fighters, including Women For Independence at the Council HQ in Dumbarton to protest at the brutal cuts to public services and jobs being implemented by a Labour Council on behalf of a Tory Government in Westminster.

Our West Dunbartonshire councillor Jim Bollan was present and offers the following statement:

“Over 200 people attended the protest which was spearheaded by women and supporters from Women’s Aid from Clydebank and Alexandria who were opposing cuts of £400,000 to Women’s Aid who provide shelter, support and care to women fleeing male domestic violence. The Scottish Socialist Party branches from Clydebank and Dumbarton & Alexandria were also there to protest at vicious cuts in public services. The call from the demonstration was clear, DEFY ALL CUTS. UNITE AND FIGHT. NO CUTS IN PUBLIC SERVICES AND JOBS.”