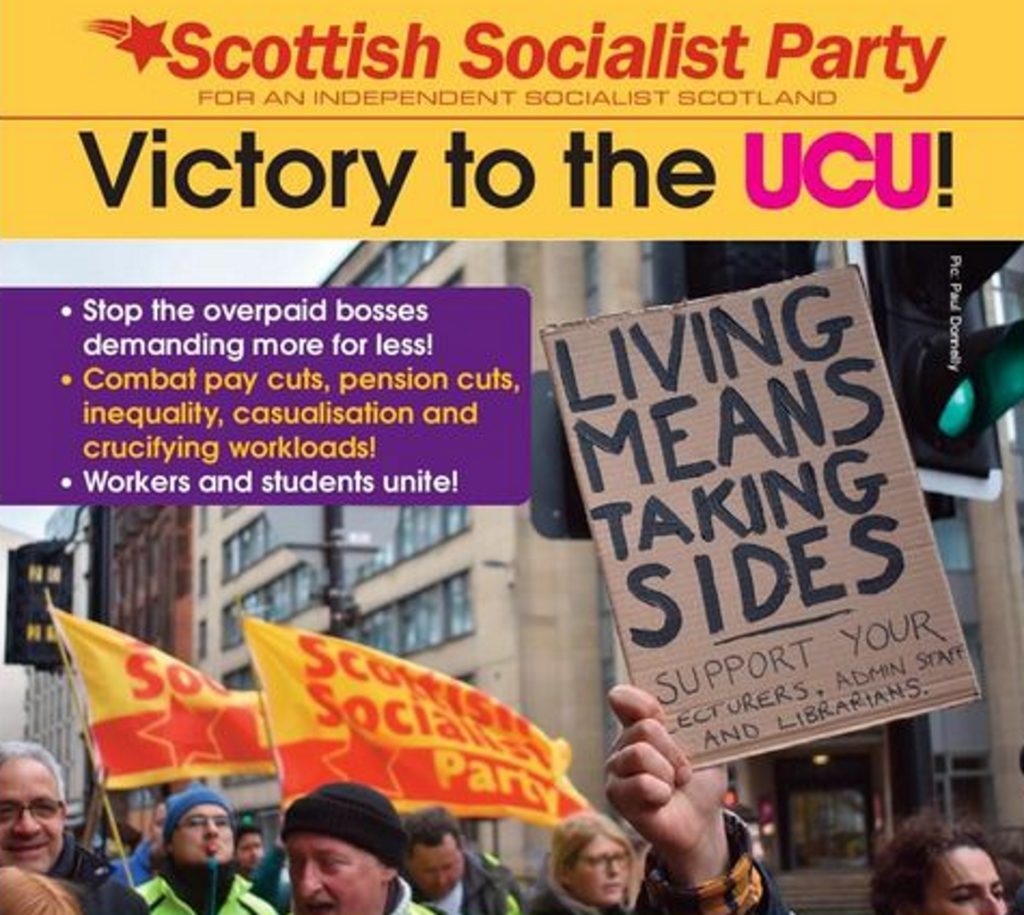 Members of the University and College Union (UCU) have launched three days of strike action at 58 Universities across the UK.

For the fourth year in a row, University workers have been forced to take industrial action over falling pay, precarious contracts, dangerous overwork, attacks on pensions, and gender, race, and disability pay gaps.

Thousands more workers are working to contract, and thousands of students have come out in support of the strikers.

The Scottish Socialist Party has offered its complete solidarity to striking workers once again.

No worker takes strike action lightly, especially in the run-up to Christmas. But the arrogant refusal of employers to enter meaningful talks with the UCU, to offer any pay rise despite rocketing living costs, or to even acknowledge problems like casualisation and workload, have left workers with no choice.

This is NOT just a “lecturers strike”. As well as lecturers and researchers, administrative workers, IT workers, student support workers, librarians, technicians, postgraduates, and many others are taking action.

Without ALL University workers, there is no University.

The value of pay in higher education has fallen by 20% relative to inflation since 2009, and high numbers of University workers are now employed on precarious short-term contracts. Casualisation has had a serious economic impact on workers, including struggling to pay bills.

Quality higher education in Scotland requires a stable, well-paid, healthy workforce – this is not possible with poverty pay and casualisation running rampant.

“For some, it’s their fourth year of striking. Others are fresh to the battle. All realise that this is a serious fight.

“Pickets were emboldened by the speaker from Liverpool University UCU, who have just won a prolonged and bitter battle.

“The difference CAN be striking!”

This University strike will win the support of fellow trade unionists who recognise the common struggle against poverty pay and plundered pensions, against casualisation and overwork, and against growing inequality.