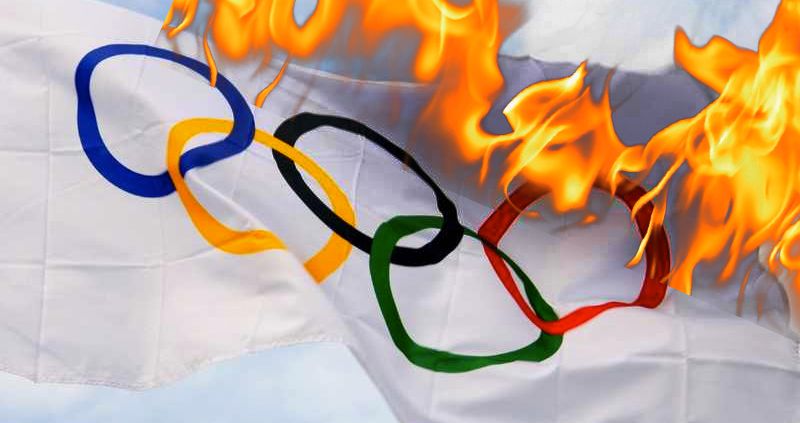 Today, we will see the opening ceremony of the Olympics in Rio, Brazil. In recent years, there has been a lot of controversy surrounding the cost of hosting the Games and the impact that they have on cities and communities. There are many Olympics enthusiasts who will highlight positive aspects of hosting the Games but here is why it should be boycotted.

The bidding process is twofold. To begin with, cities will form organising committees and bid nationally to host the Olympic Games. This could potentially be a positive thing where communities, councils, groups and people come together and produce a shared vision of the Olympics. Unfortunately, this is not what happens. These bids become hijacked by private interests. Construction companies, small businesses, architectural firms and investment bankers work with politicians to bid for the games. This means that cities are not represented properly. Public money is used for private benefit. This is only to decide which city will host the events if the country wins the overall bid.

The next step is the country bidding to host the Olympics. This is always an economic gamble. There have been instances in which hosting the Games has benefitted a country, like in the case of the Barcelona Olympics. Barcelona already had most of the infrastructure required and managed to capitalise over increased tourism, ticket sales, licensing and sponsorships. However, this is a rare example.

Looking at the last few Olympics Games, countries have failed to profit and capitalise especially after the games have finished. The games are estimated to bring in between $5 – $6 billion which is a massive shortfall compared to the cost of hosting. The Athens Olympics cost $16 billion which was comparatively low compared to the Beijing Olympics which cost $40 billion and the London Olympics which cost $20 billion.

Being aware of the deficit makes it prudent to ask whether the games are actually worth it. It could be argued that much of the cost involved goes into infrastructure investment like improving the transport system. However, the other costs seem to outweigh the benefits.
Most of the money goes toward building stadiums. These structures cost a lot, take up a lot of room and have to be maintained after the games. It is unsurprising that many of these stadiums become ‘white elephants’ and fall into disrepair.

One of the main selling points for hosting the Olympics is that it promotes tourism. On the contrary, tourism fell in London and Beijing during the years that they hosted the games compared to the year before. Tourists decided to avoid the crowds and increased prices. There is no evidence that tourism increased in the years after hosting the games.

In the past, host countries could make money through television rights. Between 1960 and 1980, the International Olympic Committee only took 4% of the overall television revenue which meant that the host country got the rest. Now the IOC operates a racket and takes 70% of the profit from television revenue. They defend this by stating that they contribute to cost of staging and operation. However, these are small costs compared to construction costs which is shouldered by the host country.

There is also the worry that cities almost become like a police state when the games are being held. The IOC insist on certain measures during the period in which the Games take place. For example, all billboards have to be rented by the city and can only display advertisements by the official sponsors. This is a fairly benign measure but shows that freedom of speech is limited during the Games. The police are allowed to enter any home that displays an anti-Olympic or controversial sign and rip it down. This led to a wave of protest art during the London Olympics.

There is a huge increase of surveillance measures during the games. In London, they implemented something called ‘defensive architecture’ which aimed to restrict the access and activities of those deemed undesirable such as protestors, homeless and even poor people. All host countries go through this process of securitisation.

Instead of being inclusive and diverse, the Olympic Games become oppressive and exclusive. To make way for all the new infrastructure, local populations and communities are dispersed and displaced. During the Beijing Olympics, 1.5 million people were forcibly evicted and given limited compensation. Their neighbourhoods were destroyed and they were moved miles from their friends and family.

In the run up to the Rio games, a militarised ethos was promoted. Unidade de Policia Pacificadora or Police Pacification Units were implemented to take control of the favelas and resulted in demolition or displacement of the indigenous people. This means that local people and communities are not even able to experience the Olympics for themselves.

Host countries dread unwanted attention or bad press during the games. The Olympics and other large sporting events have helped to shed lights on some of the more repressive regimes. The lack of LGBTQI+ rights have been highlighted in the run up to the Winter Olympics in Russia. Although these issues are brought to the forefront, there was no mass outcry or boycott of the Games. It could be argued that highlighting these issues made no difference.

With all of these negative consequences of hosting the Olympic Games, is has to be asked, is it worth it and if so for whom? For more developed countries with decent infrastructure, there is an argument to say that it can pay off. If planned properly, there could be an economic benefit from hosting the Games but in fact, the likelihood is that the country as a whole will not benefit. Rather private companies and individuals will benefit.

Recently, there has been a reduction in developed countries bidding at all. In 2004, 12 countries, considered developed, bided for the Games. For the 2020 Games, only 5 put a bid in. Many countries are now being put off by the cost. The countries that are left bidding now tend to be autocratic regimes, many of which use the Olympics as a propaganda exercise.

With all of the economic, political and human costs taken into account, it is fair to say that the Olympics has become unethical. It has always been an event that has encouraged the worse types of human behaviour, individualism and competitiveness combined with National pride. Now with the other issues thrown in, it truly has become a sham.

Katie Bonnar is the joint national spokesperson of the Scottish Socialist Party. She writes here in a personal capacity.

One thought on “The Olympic Sham”