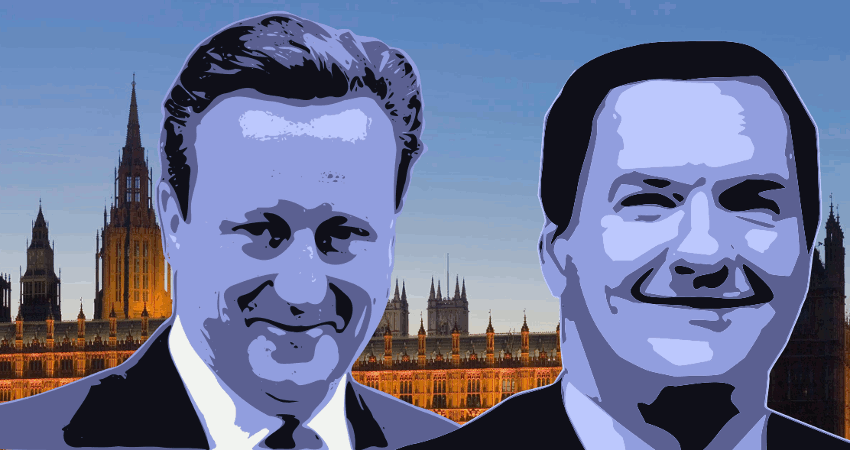 There has been cause for celebration this week. The people of Greece voted for an end to austerity being enforced on them. Austerity, capitalism’s choice weapon of war against the poor, people with disabilities and long term health conditions and those who care. All the groups who it seems wil be in the firing line of tomorrow’s “emergency” budget. I am dreading what lies ahead. No referendum, no democracy for us just vicious cuts.

Within two weeks of the Tory majority this “emergency” budget was declared – emergency means red lights, a warning. There is no need for such language to frighten us into a corner of the Tories making. The health warning issued on cigarettes should be issued about this government. Austerity kills. It causes not only physical illness but outright helplessness. Austerity kills solidarity when we need it more than ever.

Announcements have already been made. An end of inheritance tax for estates up to one million pounds. A cut on the benefit cap to around £19,000 outside London. Employment and support allowance to be cut to “incentivise” folk to work. No housing benefit for those under 25. These are all 21st Century versions of oakum picking to punish and humiliate the poor.

Sometimes you can hope the very worst case scenario has been painted so that anything else does not seem so bad. However, I fear that we may hear even more serious announcements tomorrow. I know the measures will force more people especially children into greater poverty. Though by changing the goalposts on their definition of poverty, the Tories will happily announce that poverty is on the decrease. Osborne, Cameron and Duncan-Smith will be the bogeymen for tomorrow’s bairns and unfortunately the nightmares they cause will not be ones from which we can easily wake up.

The Tories may use cold mathematics to justify the need for austerity but we know that it is our families who will make up the statistics of despair. Our lives which will be affected. It is our confidence which will be affected and that worries me. Folk are feeling more isolated, isolated,getting bye. This is part of the tactics are. To cause us to retreat and survive. We are going to need each other even more. People reaching out to others and remembering our common humanity the ties that bind us. What strength we have together. It is not them and us – just us.

Another way is necessary and the people of Greece have inspired us. Let’s inspire each other because I know we are going to have to stand together to challenge the cuts, challenge the rhetoric and ideology of the Tories. Tomorrow is going to be so difficult as will the months and years ahead but there is a different way. Let’s find that path together and stick close to each other.

Sandra Webster is the national co-spokesperson of the Scottish Socialist Party, and full-time carer for her two autistic sons.