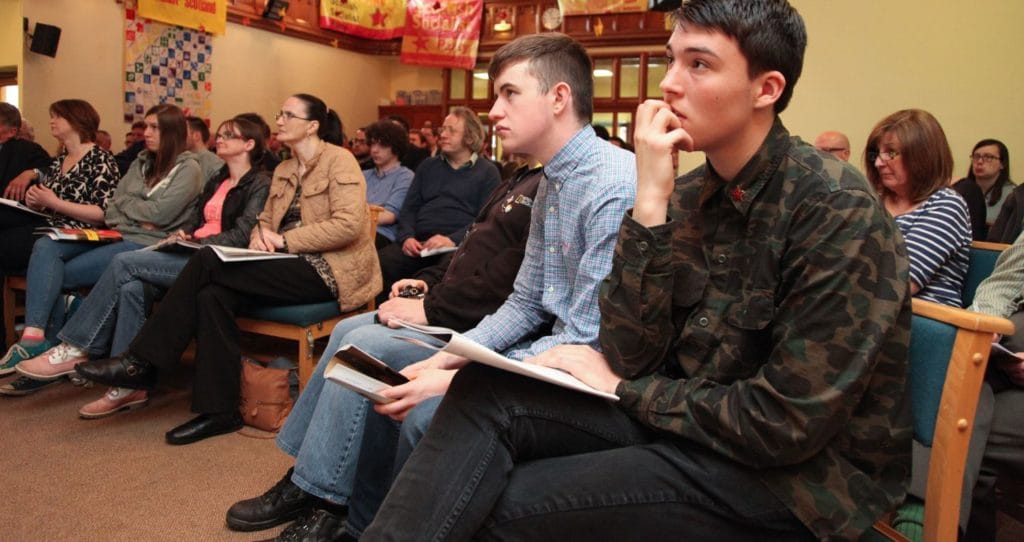 The Scottish Socialist Party Annual Conference in Edinburgh last weekend provided a timely opportunity for members to reflect on the outcome of the General Election. Representatives from 30 branches across Scotland gathered to debate a range of motions and to lay out the SSP’s strategy for the year ahead.

Many speakers mentioned the bittersweet outcome of the election where celebrations of Labour’s resounding defeat in Scotland were marred by the re-election of the Tories.

The main item under discussion at Conference was an Executive Committee proposal to consider an electoral alliance for the 2016 Holyrood elections together with other socialists in the incipient Scottish Left Project.

The EC Statement made clear that the party had delayed a decision on this proposal until after our General Election campaign. The statement stressed there was nothing unusual in such tactical considerations.

Indeed the SSP had been approached for example by leading members of the Scottish Green Party ahead of the European Elections last year to support a ‘Red/Green Alliance’ for that contest.

And regular readers of this newspaper will be aware, the SSP proposed all three parties in the Yes Scotland coalition should stand joint candidates for the 2015 Westminster elections to maximise the strength and breadth of the independence movement.

As it happens neither of these two proposals came to fruition because the Greens and the SNP refused. But both were propositions the SSP favoured.

The EC Statement was overwhelmingly supported by Conference. And it was made clear this initiative did not infer any diminution in the SSP’s identity. We remain committed to building the SSP and fully understand the vital role political parties must play.

The SSP will continue to campaign for a £10-an-hour living wage, against austerity, for an independent socialist Scotland, against Trident and conduct all our other work as the SSP.

SSP national representatives will meet with their counterparts in the Scottish Left Project in the next few days to discuss how this electoral alliance plan can be progressed. And SSP members will be consulted via the EC, the National Council and local branches at each stage in the negotiating process.

Following that discussion Conference heard from Myrto Tsakatiki of Syriza, the Coalition of the Radical Left in Greece. She addressed conference as one of our guest speakers and brought greetings from Prime Minister Alexis Tsipras.

This was the first time an SSP Conference had received the official well wishes of a national Government. Speaking about the ongoing debt crisis in Greece she insisted:

“Third way social democracy is in crisis internationally as it puts the greed of the few ahead of the needs of the many.

“And I am proud,” she added “that Syriza stands alongside the Scottish Socialist Party and Podemos and others to insist people’s needs come before profits.”

She received a standing ovation after pointing out the struggles of the labour movement internationally should provide inspiration and courage to working class people everywhere and we must all take heart from the power and strength of our political solidarity.

Jonathon Shafi of the Scottish Left Project, the other guest speaker, congratulated the SSP for helping to push the independence referendum debate to the left and away from what he called “brute nationalism”. He said he very much looked forward to working with the SSP in building a successful united left alliance for Holyrood in 2016 and sharing the many successes there was to come.

After lunch the conference workshops focused on effective campaigning, the history of the SSP and party building which all produced many excellent new ideas for the incoming party Executive to work on.

The party also expressed its sincere thanks to Kevin McVey who was standing down as National Secretary after many years diligent service. Kevin is a long-standing and much respected member who, as it happened, took ill during Conference and was rushed to hospital.

Thankfully his condition was not serious and he was allowed home after tests. All SSP members will want to join with me in wishing him a full and speedy recovery.