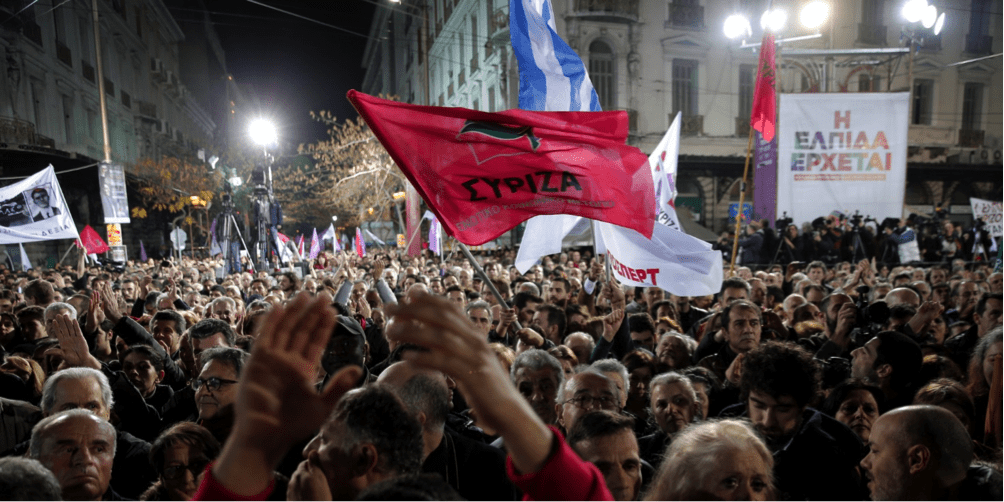 SYRIZA Scotland is calling a rally outside the office of the European Commission in Edinburgh at 12 noon on Saturday the 4th of July. SSP members will join the protest in solidarity with the Greek people.

The Scottish Socialist Party has called for support for a demonstration backing the Greek government outside the EU Commission offices in Alva Street, Edinburgh on Saturday.

The Scottish Socialist Party has declared its backing for a No vote in Sunday’s referendum and called on the avowedly anti austerity SNP government to do likewise.

SSP spokesman Colin Fox who was in Athens in January at the invitation of Syriza to witness their historic election triumph said “What is now happening in Greece is the extreme end of a continent wide austerity programme imposed by unelected financiers and their governments across Europe.”

“The SSP stands alongside the Greek people and the Syriza government as they defy the full weight of a financial system which puts the greed of banks before the needs of the Greek people for such essentials as food, medical care and electricity.”

“These Greek debts are unpayable and should be written off. And the policies of cuts and sackings which the Tories are set on imposing in Scotland are part of the same process now crushing Greece. Opposing both is part of the same fight.”

“This places a heavy responsibility on the SNP who have just fought an election as an anti-austerity party and they must back the elected Greek government in their rejection of policies which further impoverish the suffering Greek people.”