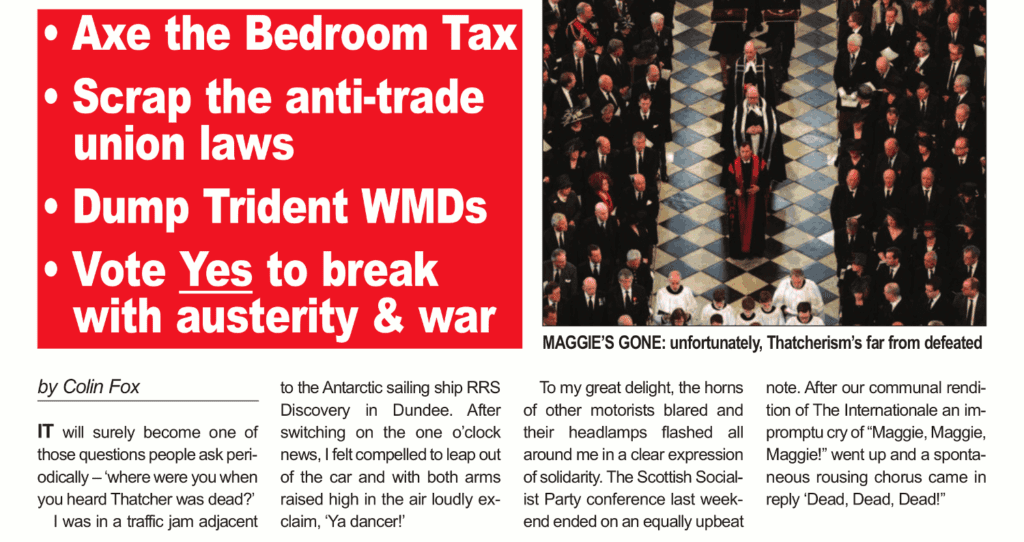 Issue 416, and Thatcher is still dead. Unfortunately, Thatcherism is still alive – and kicking the poorest and most vulnerable people in the teeth.

SSP co-spokesperson Colin Fox looks at the barbarism of Thatcher’s legacy – from the Bedroom Tax to weapons of mass destruction to the anti-trade union laws and other brutal attacks on the poor and why it needs to be challenged and stopped.

Also in this issue, Richie Venton reports from the STUC conference, SSP co-spokesperson Sandra Webster reports on Scrap Trident’s magnificent recent weekend of action, and Carolina Perez reviews Chilean legends Quilapayun, who recently played their only UK concerts in Glasgow and Edinburgh in this, the 40th anniversary of Pinochet’s brutal coup.