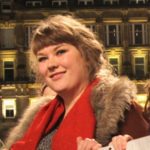 The political, economic and social position of women in Scotland in 2016 is markedly different from the way in which it looked for my mother’s generation. The political landscape, in particular, demonstrates a marked departure from what political power looked like when my mum was growing up. The three main party leaders in the Scottish Parliament are women; two of whom are gay, a picture almost unthinkable in my mum’s day. To look at this powerful symbol of women’s power in the political arena, you would be forgiven for thinking that women’s participation in public life and their general position within society has completely changed for the better.

The world of work has changed, too. My mum joined the police at 18 years old. She was one of the very few women, and one of the very few working class Catholics, in her station. I remember her telling me stories of being determined to stick it out in an atmosphere that was overwhelmingly male and misogynistic. For my mum, putting up with sexist jokes, discriminatory bosses and misogyny disguised as “banter” came with the territory. “But that was while ago now, mind. There are much more women in the job now.” She’s right – about 40% of police officers in Scotland now are women. 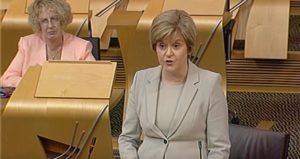 But despite being better represented in political life and in the labour market, women are still facing significant challenges. Nicola Sturgeon, Kezia Dugdale and Ruth Davidson still experience misogynistic abuse for doing their jobs. Reasonable people would agree that regardless of your politics, sexist slurs and threats of sexual violence shouldn’t (but sadly, are) still part of the everyday experience of women in politics.

This isn’t just a problem for women in politics. A recent study by the TUC has detailed that over half of all women in work have not only experienced sexism at work, but sexual harassment. 52% of women surveyed by the TUC listed sexual harassment as a problem in their place of work. A third had been on the receiving end of “unwelcome jokes” and a further 25 percent of women had experienced unwelcome touching from colleagues or managers. 79% of women who had suffered sexual harassment didn’t inform their employer, and cited reasons such as fear of reporting affecting their career prospects, their work relationships and 25% believing they wouldn’t be taken seriously.

General Secretary of the TUC Frances O’Grady said it has left women feeling “ashamed and frightened.” Speaking on BBC Radio 4, she said “it makes us miserable at work where we just want to do our job and be respected.” Worryingly, it is young women, those most likely to be on zero-hour contracts, in insecure low-pay and un-unionised work, that are most likely to suffer harassment. In 2016, women are still living and working in a culture that engenders them with feelings of shame and fear.

Much more to do

What does this show us? It shows us that women’s political representation is not enough, that more women in the workplace and in positions of increased responsibility is not enough – having women at the head of governments in both Edinburgh and London remains merely symbolic. The lot of the majority of women in the workplace is one where sexual harassment is not an uncommon occurrence. Over half of all women in the UK are suffering under the same workplace discrimination and abuse that my mother’s generation believed would be a distant memory by the time their daughters entered the world of work.

We have to challenge this behaviour whenever and wherever we see it in our everyday life.

So how do we fix it? It’s a problem that’s roots go deep. A culture that is still instinctively unequal and not only along gendered lines. Women in work deserve support when they report sexual harassment and unwanted touching. The trade union movement will be at the forefront of putting pressure on government to send a clear message to employers they must take these issues seriously. However, I think that until there is a more significant shift in the workplace and in society as a whole, women will still suffer discrimination, harassment and violence, at work, in the home and on our streets.

So we have to challenge this behaviour whenever and wherever we see it in our everyday life. For men in the workplace, it can mean using your privilege to challenge sexist jokes between co-workers, friends and your family. For women, it might mean supporting a pal in reporting the incidences of harassment. But one thing is most important above all – it’s not up to women to struggle to change this; it requires a concerted effort from all workers in all workplaces. A show of solidarity, a grassroots approach that will radically change the working lives of women.