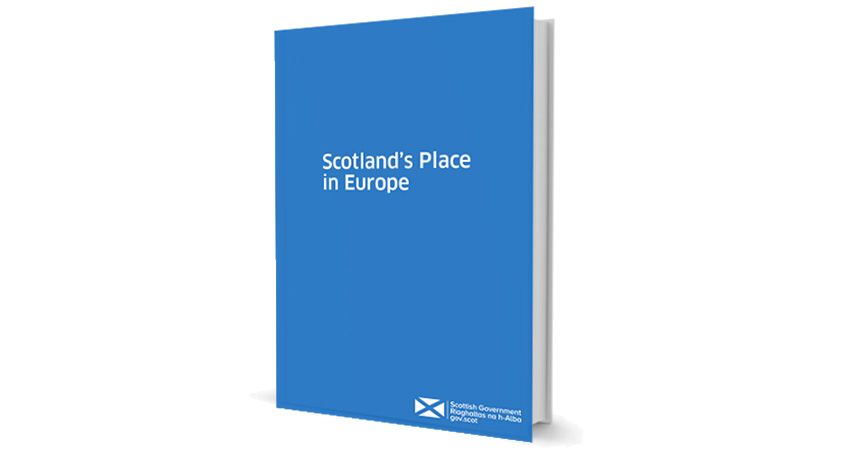 “You have to feel for Nicola Sturgeon in her attempts to influence Scotland’s relationship with the EU. She is reduced to making promises she cannot possibly keep.”

‘No matter how laudable these proposals advanced by the Scottish Government may be the fact remains London calls the shots and Westminster blocks them all. Indeed, Downing Street issued a statement to that effect just as the First Minister stood up to make her Bute House announcement.”

‘The stark reality facing the First Minister, as she herself acknowledged in her speech, is that neither she nor Scotland has any decisive influence in this debate whilst we are part of the UK.

The only way to ensure that decisions about Scotland’s future in Europe are those demanded by Scottish voters is to have full independence.

‘The Tories appear intent on signing up for a ‘Hard Brexit’ admitted Nicola Sturgeon because they are adamant about ‘taking back control’ of UK immigration. Membership of the EU Single Market means ceding that right and signing up to the free movement of labour, goods, services and capital.

‘The only way to ensure that decisions about Scotland’s future in Europe are those demanded by Scottish voters is to have full independence.”

“The bigger danger then is that while this debate about Brexit flows on the political campaign to hold and win a second independence is stuck on the back burner.’

“That’s why the SSP believes the independence movement needs to broaden its base beyond the EU and focus on the primary concerns of Scotland’s working class majority; endemic low pay, insecure employment, the chronic shortage of affordable housing, fuel poverty, the record levels of indebtedness and the state of our railways, hospitals and schools.’

Ensure that the Tories do not use the Brexit negotiations to attack the conditions of workers living and working here.