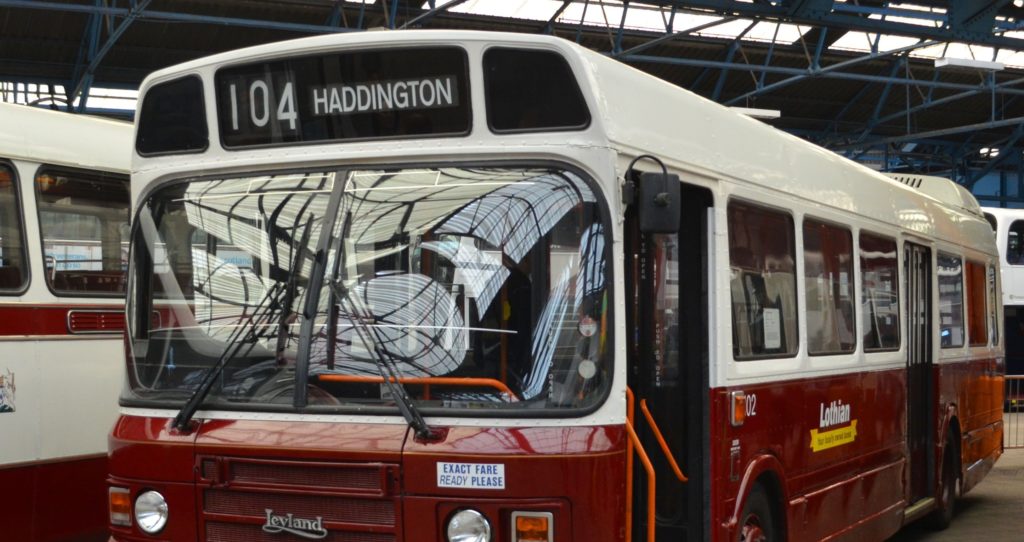 Whilst the political parties at Westminster were all agreeing to decimate public services the Public and Commercial Services union (PCS) passed a resolution at its annual conference in Brighton to support the introduction of free public transport to combat global warming, reduce pollution and road traffic accidents and improve social inclusion.

The plan was initially developed by Alan McCombes and pioneered by the SSP in the Scottish Parliament and has been described as ‘the most imaginative and audacious’ policy put forward by any party in the entire climate change debate. I was delighted to accept an invitation from the PCS’s Department for Transport conference to outline our specific policy objectives in detail to delegates.

If Scotland is to meet our target for reducing CO2 emissions by 2020 we must persuade people to use their cars less. Cars are responsible for 80% of the greenhouse gases attributable to transport.

In adopting the free public transport policy the PCS was influenced, as indeed we were, by the remarkable success of the scheme implemented by the authorities in the Belgian city of Hasselt. They introduced free public transport in 1997 in response to chronic traffic congestion. But instead of building more and more roads to accommodate more and more cars they took an alternative route. They abolished fares on their buses, trains and trams. Their aim was to provide people with a better alternative to using their cars. Critics scoffed at their idea and said it was madness, that people wouldn’t leave their beloved cars just because the bus was free. Yet in the space of three years passenger numbers in Hasselt increased tenfold from 330,000 in 1996 to 3.7million.

The SSP aims to replicate that remarkable success this time on a nationwide basis advocating free travel on buses, trains, Glasgow’s underground system, Edinburgh’s trams and for foot passengers on our ferries. We are confident this measure, never conducted on a national basis before, would act as a huge incentive for people to leave their cars at home.

According to the Scottish Government, the cost of introducing free public transport would be £500m per annum. This figure arises as the income presently received from fares.

In a debate in the Scottish Parliament in 2006 I pointed out to the then Transport Minister Tavish Scott that whilst this figure did not include the additional cost of extra buses and trains necessary to cope with the inevitable upsurge in demand it also failed to recognise the considerable savings which would arise.

The Confederation of British Industry in Scotland for example estimates the economy losses £2.2bn per year through congestion as workers sit in cars, vans and lorries grid locked by traffic every day in our towns and cities.

The tourist agency ‘Visit Scotland’ also spoke out in favour of the measure by concluding it would also boost the number of people likely to come here on holiday. Similarly the NHS and emergency services say the cost of dealing with road traffic accidents annually exceeds £1bn in Scotland.

Then there is the benefits which the NHS receives in not having to treat the escalating numbers of patients admitted, particularly in summer, with respiratory illnesses cause by traffic fumes and associated pollution.

We would also benefit as a society from reducing poverty as low paid workers can pay anything between £50-£100 per month in travel to work costs.

And to those who might be tempted to argue that spending £500million on free public transport in Scotland is pie in the sky in the current economic climate I would point to the conclusion in Sir Nicholas Stern’s report as the Chair of the Inter-Governmental Committee on Climate Change [ICCC]. Stern was at pains to point out this threat –of global warming and its consequences – is not about to go away and he stressed that every step we must take carries significant costs, but most importantly of all ‘the cost of doing nothing is the highest price of all.’

The Scottish Socialist Party’s National Council on June 12th will discuss plans to work with a broad range of organisations on this policy – trades unions, climate change campaigners, health groups and other sympathetic bodies- in order to progress the policy further in light of the PCS’s support.