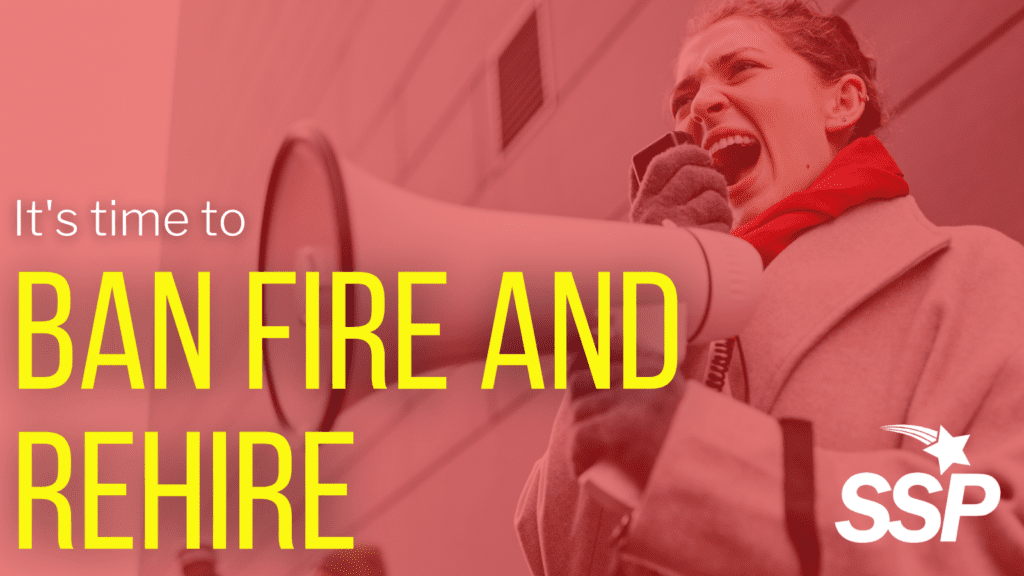 “Fire and Rehire” is a growing problem and a threat to every worker.

As many as one in ten workers were threatened with “Fire and Rehire” in the first year of the pandemic. Younger and BAME workers in the UK are disproportionately targeted by “Fire and Rehire”.

Workers are threatened with redundancy and job losses if they do not reapply for their current roles on worse contracts. That means cuts to their jobs, to pay, to terms and conditions, and the invasion of their time by bosses demanding more work and longer hours for less money.

Workers have been fighting back against “Fire and Rehire” tactics by employers like Weetabix, Clarks, British Airways, Tesco, and British Gas.

70% of companies using “Fire and Rehire” are already profitable. But workers are strongarmed into lower pay and worse conditions while executive bonuses continue to grow.

The Scottish Socialist Party fully supports a total ban on “Fire and Rehire” attacks on workers.

A 2021 survey found that three-quarters of the public support a ban on “Fire and Rehire”.

The SSP has proudly stood beside workers fighting back against “Fire and Rehire”. SSP members are helping build fighting Trade Unions that stand up for workers.