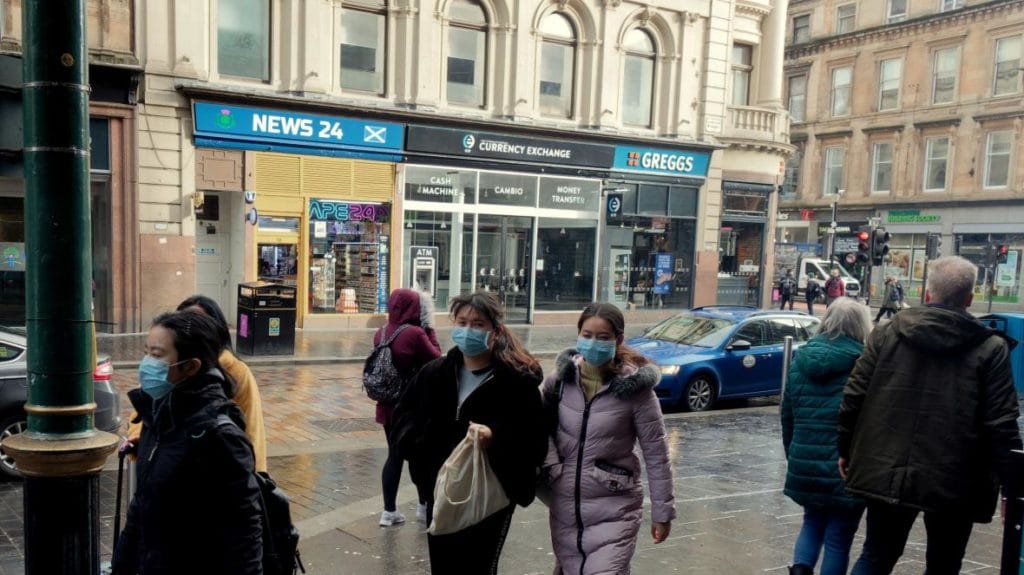 A spectre certainly is haunting the planet with the rapidly escalating Covid-19 crisis, with countries in lockdown, pillars of today’s supposedly free market utopia such as airlines seeking state aid and emerging divisions now in public view on the way ahead.

As I write the quasi eugenics of “herd immunity” which potentially menaced thousands of lives appear to be being dropped by UK ministers but the prospect of “isolation” for over-70s – backed by police powers – remains live.

The way ahead, its likely outcome, success or failure however is a different debate and one simply mentioned here as the background to what looks increasingly likely to be a crisis which will liberate a flock of rather unpleasant ecological,economic and social genies and in turn constitute a window on the reality of the neoliberal world order worshipped by politicians for thirty plus years.

Much has been made – often in a barely concealed racist tone – of the “exotic” food on sale at the Wuhan market which appears to be the original source.

On the other hand, only 41 per cent of these positive samples were found in market streets where the wildlife were housed. A quarter of those originally infected never visited the Wuhan market or appeared directly exposed. The earliest case was identified before the market was hit.

Other infected marketers trafficked in pigs alone, a livestock species that expresses a common vulnerable molecular receptor leading some experts to suggest this as the source for the new coronavirus.

However irrespective of this debate there is no question that the 21st century has seen a recurring series of diseases – SARS, bird flu HSN2 and other variants and there is growing evidence that this is linked to the model of industrialised agriculture which breeds animals to fatten and be killed quickly with low priority to their resistance to disease.

Thousands of animals crammed together in so called “feed lots” producing both cheap meat and, alongside them actual lagoons of excrement.

Antibiotics are routinely used to counter infection and this process is a contributing factor to the weakening of the effectiveness of such drugs for combating disease in humans. This is the process which pitilessly exploits animal as commodities, feeds people unhealthy foods leading to an obesity epidemic then blamed on consumers.

Of course cheer leaders for neoliberalism hail the cheap food – step forward chlorinated chicken – but are happy to blame those made ill by it for the ill health it causes.

When – as now – the virus comes home to roost society is expected to pick up the human, medical and economic costs. Yet nothing is said of the 10 years of austerity that has slashed the services needed for this task and the vital human skills that deliver them.

Once again, as in the banking crisis in 2008, the idea that the all wise market will solve all problems has shown to be entirely false with profits firmly kept in coffers of the capitalists including squillions made in PFI from the NHS while massive hand outs from the public met their losses.

Indeed the immediate step of repudiating PFI style deals which rip off vital services like the NHS would both contribute to restoring resources to it and clearly spell out the message that such immoral profiteering has had its day.

Perhaps the most striking and immediate impact of the gathering crisis will be faced by, as usual, the working class and in particular the estimated 4.7 million UK workers covered by the so called “gig” economy. According to the fables of the free marketeers these workers are set free to suit themselves and act as businesses.

Yet the thousands who rely on food banks face the threat of real hunger as donations slow and those “free” gig workers are told to apply for the totally discredited Universal Credit currently facing at least a 5 week wait for money.

It seems certain that that wait will lengthen as the crisis bites.

Of course the spotlight of Covid-19 has fallen on the reality of a world of thousands without sick pay, employment rights or other protections.

It is yet to be seen if forcing their situation into public view impacts on conditions long term but it has set Tory ministers on the back foot scurrying to find a way to pay gig workers in order to keep them at home.

As airlines such as the reprehensible Richard Branson’s Virgin and BA hold out their hands for billions to keep them alive to trash the planet and resume the profit flow after the crisis perhaps they ought to be given the same “market know best” lesson preached to the rest of us the last 40 years and told that the state which is paying their bills is keeping their assets.

As a direct result of the Covid-19 crisis the policies and ideas of neoliberalism which has elevated profit to the centre of the temple and pounded people with a harsh “mind thyself’ individualism are now under a powerful spotlight and needs to pushed into the firing line.

We may be facing a moment when, as Lenin wrote, “There are decades when nothing happens; and there are weeks where decades happen.”

The essence of neoliberalism which puts a relentless pursuit of profit ahead of all else, treats living animals as units of profits and closes factories in one part of the planet only to exploit quasi slave labour elsewhere to produce its supposedly “liberating” technologies with their veneer of modernity.

Of course not mentioned by the army of PR people advertising gurus and assorted breathless boosters of this brave new world is the child labour manufacturing the throwaway fast fashion or working in gulag barracks manufacturing components for tech which monitors the contents of your fridge.

Truly we live in a world dominated by exploitation and misery to sustain an illusion of ever increasing wonder and wealth justifying super profits which now faces a brutal collision with its own frailty as the virus spreads.

Alongside standing in solidarity with those in key services such as the NHS facing the storm and taking care of ourselves and those around us socialists also need to study, discuss and campaign on the heavy social, ecological and human costs of neoliberalism and the need for an alternative meeting the needs of people and planet.