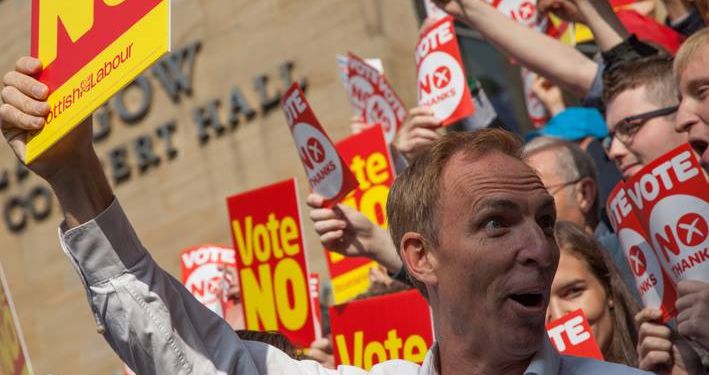 Labour’s cataclysmic electoral defeat has sparked the resignation of its losing leaders north and south of the border, the simultaneous launch of electoral contests to select their replacements and a tidal wave of anguished soul searching over what can be done to save a political party that not so long ago laid claim to being the natural party of government in the UK.

However, the prospect for genuine political renewal or for moving the party leftwards remains remote. All of the candidates to replace Ed Miliband come from the same Oxbridge background as their fallen leader.

Andy Burnham and Yvette Cooper, the main contenders, were leading players in Gordon Brown’s Cabinet and in Ed Miliband’s Shadow Cabinet. Since declaring their candidatures they have been busy denouncing the policies they only recently espoused and positioning themselves to the right of “Red Ed”. The only other serious candidate, Liz Kendall, is unashamedly Blairite.

The prospects for Labour renewal in Scotland are even worse. South of the border, Labour is moving inexorably to the right as it seeks to see off UKIP in its northern heartlands and the Tories in England’s southern shires. Winning back these right-leaning voters will now be UK Labour’s key strategic objective.

Already Andy Burnham, allegedly the left candidate in the contest, is calling for a renewal of the “spirit of 1997” when Tony Blair swept the country by occupying what had previously been right-wing Tory positions. None of this will help Scottish Labour outflanked from its left by the SNP.

Scottish Labour has also now lost all of its supposed political big hitters. Murphy is already written off as yesterday’s man. A few short weeks ago, Douglas Alexander and Margaret Curran were preparing for government. Today they are shrouded in political obscurity. The party’s second tier politicians in Holyrood are largely unknown and untested. The favourite to become the next Scottish leader was elected as a list member only at the last Scottish election. She has never won a constituency contest.

To date those involved in the Scottish leadership contest have failed to impress. Jim Murphy used his resignation speech to vilify the leader of the biggest trade union still supporting Labour. Ken McIntosh, a contender to replace him, complained of bullying and intimidation by a party machine determined to deny a democratic choice to Labour’s Scottish members.

The favourite, Kezia Dugdale, began her campaign by registering a vote of no confidence in her fellow list MSP’s, promising to replace most of them with new talent at the next Scottish election.

When he launched the Labour manifesto just over a month ago Jim Murphy boasted that “the party of John Smith and Donald Dewar was back in business”. Three short weeks later, that party lost 40 of its 41 Scottish seats, saw its percentage share of the Scottish vote collapse by a staggering 18 points and found itself reduced to a single Scottish MP.

The near death experience of this year’s election has stimulated some new thinking. Some are calling for the Scottish party to be fully autonomous and independent from the rest of UK Labour. Presumably such an independent Labour Party in Scotland would be in sovereign control of the entire range of policies with its sole MP refusing to take the UK Labour whip in the Commons. Whether this would be an appealing prospect for the UK wide unions who would be expected to fund such a body is another matter.

To do so they would be required to fund a party in Scotland that on a range of issues from Trident to public ownership would oppose the party the same unions are already funding at a UK level. In any case, an independent Scottish Labour Party opposed to independence for Scotland carries within it its own internal contradictions.

No political party has the right to endless existence. Some commentators are now suggesting that the era of British Labour may well be over and that it is time for something new on the left of politics.

At the post war pinnacle of its influence the British Labour Party did represent the interests and aspirations of most of the British working class. A massive redistribution of wealth and power in favour of working people was achieved through policies such as the NHS, the welfare state, public ownership and full employment. The party also had the then unquestioning support of a united trade union movement that represented the bulk of working people on the island.

The reality is that the social, economic and political context that underpinned that ascendancy has now changed, changed utterly and a new reality has been born. A new kind of left is coming into existence in countries across Europe. Labour’s near extinction in Scotland may be the portent that the time for that new left has arrived on this island.