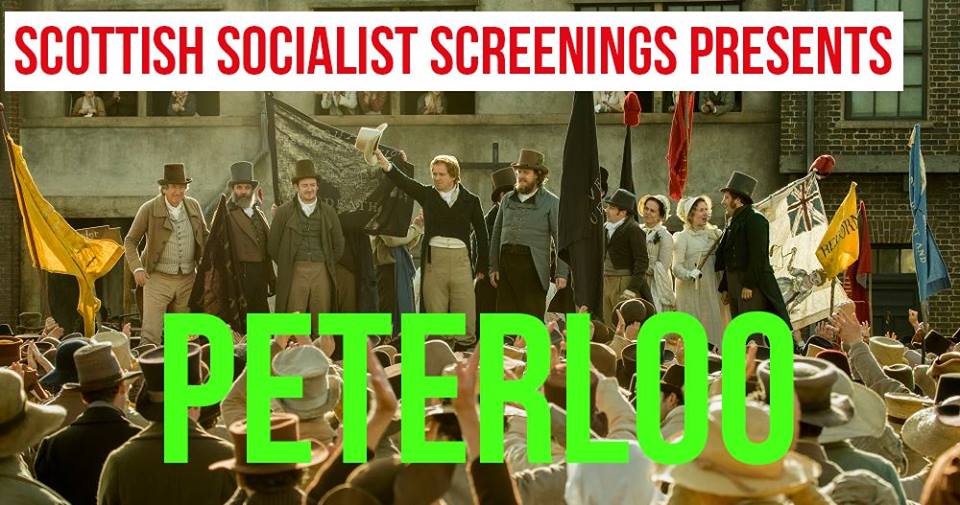 An epic portrayal by Mike Leigh (Secrets and Lies, Vera Drake) of the events surrounding the infamous 1819 Peterloo Massacre, where a peaceful pro-democracy rally at St Peter’s Field in Manchester turned into one of the bloodiest and most notorious episodes in British history. The massacre saw British government forces charge into a crowd of over 60,000 that had gathered to demand political reform and protest against rising levels of poverty.

A free screening, open to all. Invite your friends and comrades!